Hark how the bells, sweet silver bells, all seem to say... throw cares away? 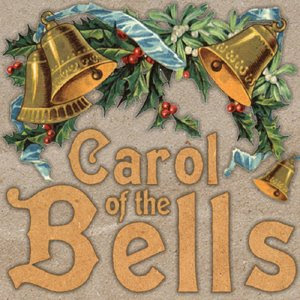 Another day and another flurry of Canadian housing bubble stories in the mainstream media.

Among the treatsies yesterday was this Globe and Mail offering titled 'Housing Market Has Big Cracks' which tells us, "it is probably a real estate bubble that will eventually burst - two years after the rest of the world... Too many appear to be blindly following Americans down a path of excessive debt, enticed by low rates."

"The ratio of mortgage debt to household incomes in Canada recently hit a record 70%, up from 65% a year ago. And 40% of home buyers are opting for short-term, variable-rate mortgages, which will eventually ratchet up, leaving some owners in deep financial trouble."

Meanwhile the Montreal Gazette notes that we have gone 'From Great Depression to Bubble of a Bubble' in a span of only 12 months.

And with all these mainstream media musings, we should expect to see the regular cast of R/E apologists moving to crank it into overdrive to counter all this 'negative talk', shouldn't we?

He pooh-pooh's the chatter and reminds us that "consumer confidence has been increasing."

Really? What about record levels of unemployment?

In the United States they may view 10% unemployment as starting down the road to economic apocolypse, but our buddy Klump sees the glass as half full.

“If we have 10% unemployment, that means 90% of people are employed,” Klump said. “People are re-entering the market – they have the confidence to take advantage of bargain-basement prices. There's been a release of pent-up demand, and that has a long time to play out. Prices have gone as low as they are going to go.”

Next comes the discrediting of the naysayers.

Towards the end of the Gazette article referenced above comes this little tidbit:

"One senior real estate industry veteran, who asked not to be identified, wonders whether economists are now calling for a crash to grab themselves headlines. 'They are all piling on the bubble story now,' he said."

Spotlight hogs, one and all.

The best of the week comes from our old friend Phil Soper, president and chief executive of Royal LePage Realty.

They conducted a survey of 1,225 Royal LePage real estate agents and brokers across Canada.

[No pesky, headline-grabbing, negative economists in that group]

Tell us Phil... what did your survey of folks with a vested interest in real estate 'consumer confidence' reveal for us?

Well... real estate agents/brokers tell us "20% of agents and brokers said they are not hearing any concerns from buyers."

[Gee. 20% of buyers believe they are doing the right thing. Does that mean 80% of agents and brokers are hearing buyer's say they are making the mistake of their lives? I digress, back to Phil...]

[Hmmm... no jobs, no money, and 80% of buyers believe they are screwing up royally but they conclude real estate prices will keep going up. With that sort of irrational logic at play, I now understand why there are so many people buying]

"Canadian real estate markets are enjoying a strong recovery as 2009 draws to a close and appear poised for healthy growth in 2010. Our survey shows that consumer confidence is edging towards normal levels.

[Now... just to keep things straight... that's the same survey that says only 20% of buyers have no concerns about the economy?]

"Canadians clearly believe that the worst of the recession is behind them and that the real estate market is on the path to sustainable recovery."

"The most obvious sign that market conditions are improving is found in the significantly higher unit sales volumes. That said, we have seen some significant recent increases in home prices, which is unusual at this time of year. Paradoxically, the recession is contributing to the unexpected rise in year-end house prices. On one hand, Canada's low interest policy has stimulated demand. On the other, many Canadians who might otherwise feel comfortable putting their homes on the market don't yet have the confidence in the state of the economy's recovery to list their homes, which is contributing to the current supply shortage."

Sooo... the nervousness of the shepple had created an artificial shortage of housing which has duped a certain percentage into engaging in bidding wars for the reduced supply which has, in turn, created a sense of recovery?

Thanks for clearing that up for us, Phil.

The bottom line is that Phil has chatted with his coworkers and their enthusiasm conclusively proves we "are on the path to sustainable recovery".

Marvelous. Let's summarize Sopel's holiday message to Canadians, what is he telling us?

That realtors and brokers all seem to say... "throw cares away!"

How festive of them. I'll retire to bedlam.

Please read disclaimer at bottom of blog.
Posted by Whisperer at 12:00 AM