Get Ready for Real Estate to Really Catch Fire 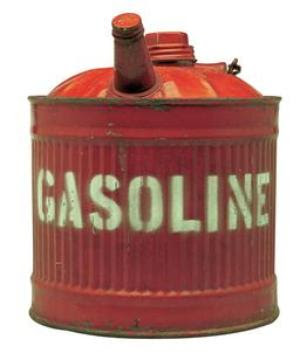 November/December, normally a down time for the industry, have been red hot. Word has it that concerns about possibly missing out on low interest rates, combined with the looming introduction of the HST tax, are pushing many new buyers into bidding wars to get into the market.

Regardless of the shortsightedness of this, I am told it is a definite factor in the current market frenzy.

And if that is indeed the case, then prepare for the market to explode.

In an exclusive interview with Canwest News Service and Global National, Finance Minister Jim Flaherty said the government is closely monitoring the red-hot housing market for signs that it is reaching "irrational" levels.

Now... we already know that the market is irrational and, as we have discussed, this is largely by design.

The government, seeing what happened to real estate based assets in the United States, slashed interest rates to dirt in a desperate attempt to re-inflate the collapsing economy and housing market.

And their actions have been wildly successful.

We've also talked about how they don't want to destroy this momentum... just slow it down a bit.

To this end Bank of Canada Governor Mark Carney has taken to the talk circuit issuing 'warnings' to individual Canadians and financial institutions to be 'prudent'.

Now Flaherty has come out and said that the Federal Government will, if necessary, further tighten the conditions under which the Canada Mortgage Housing Corporation insures mortgages,

The Conservatives have done this once already.

In July 2008 the Finance Department announced that CMHC would shorten the maximum amortization period that it would accept to 35 years from 40, as well as require a down payment of at least 5% of the value of the home. The new rules came into effect in October 2008.

"If we have to, we'll do what we did last year and limit the rate of amortization further than we already did, and require higher down payments,"said Mr. Flaherty.

If Flaherty takes action, it will likely come when the next budget is brought down in March, 2010.

But watch... the mere suggestion will inflame the market and sent another crush of people dashing after cheap rates in a desperate attempt to avoid both the increased costs of the HST and the looming spectre of 10% down and 30 or even 25 year amortizations. Potential new buyers will panic as they try to get the property that they want - regardless of how much they overpay.

Far from helping to moderate the overheated market, the fear is that Flaherty's simply pour gasoline over it.

(Note: Two posts for Saturday. See below for 'Financial Heroin')

Please read disclaimer at bottom of blog.
Posted by Whisperer at 5:39 PM