Do you see what I see? 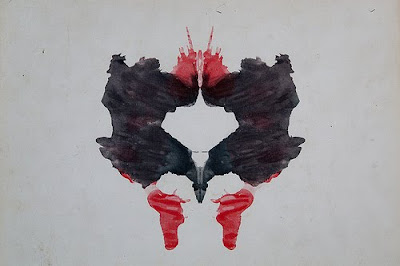 It seems articles on the Canadian housing bubble are starting to pop up everywhere in the mainsteam media.

Yesterday there was this one by David Rosenberg, chief strategist for Gluskin Sheff & Associates Inc, observed that "if being 15% to 35% overvalued isn't a bubble, then it's the next closest thing."

Meanwhile Bank of America Merrill Lynch, in its 2010 investment outlook, warned that Canada was "likely inflating a housing bubble" and that the "Bank of Canada may be underestimating the inflationary impact of a red-hot resale market."

So what do you know... it has become fashionable to acknowledge the presence of the 1,000 pound gorilla in the room.

Yesterday's post covered off how both Carney and Flaherty aren't about to do anything about it.

And their inaction comes just as we learn that Canadian household debt has hit 145% of disposable income. Not only is this an all-time record, it's more debt than families in the United States had in 2006 when their real estate market collapsed.

Even more disturbing is the fact that, relative to incomes, Canadian housing prices are higher than they were in America when their R/E market collapsed.

The reality is... our situation is not all that much different than what America was facing. And, as has been posted numerous times on this blog, the factor that looms as the lynchpin for disaster is that our emergency, record-low mortgage rates are producing the exact same effect as teaser rates did on US mortgages.

Which brings us to this interesting little story in the Wall Street Journal.

Brian Fitzgerald, a WSJ writer, finds himself in the same position that one in four American's with a mortgage is in: he is underwater.

And the way he looks at purchasing a home now is dramatically different than it was when he made the decision to buy in 2006.

Do Canadians today see things the way he saw them in 2006?

Fitzgerald's New Jersey house is currently worth about $30,000 less than the current balance on his mortgage.

Fitzgerald stresses that he was not a home flipper or boom-era borrower who opted for an exotic loan with no documentation. In buying his house, he was making "a life decision."

Fitzgerald, you see, is remarkably similar to so many Canadian families who have purchased a home over the past three years. And his comments on how he came to be in this significant underwater position should send chills down the spines of those Canadian families.

Speaking to two mortgage brokers over the weekend, Fitzgerald's situation parallels the situation many Canadian buyers are in. They have also finagled their way around their downpayment by juggling finances to - for all practical purposes - borrow the money for the downpayment... similar to what Fitzgerald did.

Thousands, if not hundreds of thousands, of Canadian families are currently echoing Fitzgerald's comments in their lead up to purchasing their homes over the last three years. The similarity in the comments is undisputable.

All those things are being said by similarly pressured home buyers in Canada today.

And mark my words... the only thing that will change three years down the road when Canadians compare themselvest to Fitzgerald's situation will be the amount their homes drop in value and how high interest rates on mortgages have shot up.

In three years many Canadians will be saying, "if I knew in 2009 that in 2012 I'd be able to get the same home for a 40% discount, I never would have pulled the trigger."

And if the market only collapses 40%, we will consider ourselves lucky.

Please read disclaimer at bottom of blog.
Posted by Whisperer at 12:14 AM