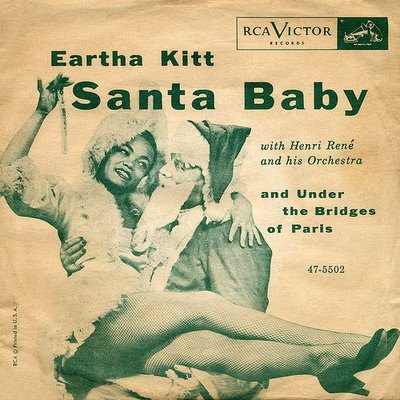 Double dipping today so you get two posts for the price of one (make sure to see the post below this one on 79.9% interest rates).

Wandered over to Garth Turner's site and caught this post on Economic Forecasting.

Garth is very bullish on the strengthening of the US dollar. He opines that with all the troubles in the world (Dubai, the European basket cases of Greece, Italy, Iceland et al), the US dollar is still the global reserve currency and perceived to be the safest of safe havens offering total liquidity and shelter from debt storms.

He insists there will be no double-digit inflation in the States, "no matter how damn much money they print" and that the US dollar will strengthen based on a growing realization stateside about the severe threat presented by the continuing accumulation of debt.

Turner notes there is "a growing political appetite to (a) raise taxes and (b) slash Washington’s spending. In some form, both of these will happen, especially if Republicans win a few key seats next year. This will be very bullish for the greenback, even though it means more years of slow growth."

Turner also says that Washington has hundreds of billions in bonds to sell each year – the majority to offshore investors. Thus the US has a huge incentive to stabilize the dollar and the easiest way to do that is with monetary policy and a quick little rate hike.

But will that do the trick? Or is there a looming problem that Bernanke and Co. have failed to plan for?

We've talked about it here before, the fact that the United States (and other western governments) need to borrow a massive amount of money to fund their deficits.

Interestingly, the Governor of the Bank of China just came out with a couple of thoughts on that issue.

He said that it is "getting harder for governments to buy United States Treasuries because the US's shrinking current-account gap is reducing the supply of dollars overseas."

The economic crisis of the last year has played havoc on global trade.

And with with every country (especially China) keeping things going by printing money and implementing stimulus projects of their own to build bridges, roads and other internal projects; those countries are running out of non-domestic cash.

Internal infrastructure stimulus projects may fill the void at home brought about by the collapse in global trade, but they don't bring in western cash.

Exports do. And China's exports are down dramatically.

Without vibrant global trade, there aren't enough US dollars flowing in.

Where do you think China has been getting all those US dollars to plow into buying US Treasuries?

This is about to become a huge, critical issue for the United States. Now that Treasury monetization is ending, the US needs to constantly find foreign buyers of its debt to fund unsustainable deficits.

Foreign buyers who have US dollars.

According to Shanghai Daily, this could be a big, big problem.

And that's the crux of it: in cranking up the printing presses to create trillions of assorted securities, the US Treasury has soaked up the world's dollars.

And since US banks are sitting on all this money in the form of bank excess reserves and not lending, these excess reserves can not be used to buy Treasuries and MBS. This would be literal monetization as opposed to the figurative one which is what Quantitative Easing has been.

Since none of the money is flowing out to the world (aka China), the world is running out of dollars with which to buy Treasuries.

This looming problem is discounted by some critics who point out that China still has trillions in foreign exchange reserves.

But China has been selling mortgage backed securities at a furious rate... and it hasn't been buying treasuries. China's Treasury holdings have been flat at exactly $800 billion since May 2009. China has been doing what millions of high frequency traders have been doing: focusing on short term investments which can be liquidated instantaneously.

In essence Zhu Min is saying that the US should no longer rely on China for funding its bottomless deficits. And because of that Zhu told an academic audience that it was inevitable that the dollar would continue to fall in value because Washington would continue to issue more Treasuries to finance its deficit spending.

If that's the case, things are about to get much worse as the Fed has no choice but to turn the monetization machine on turbo... a development which will drive the US dollar far lower than anyone cares to admit.

Garth Turner insists the US will never allow it's dollar to drop, but America may not be able to control that destiny anymore.

Ertha Kitt crooned in her holiday classic, "I'm filling my stocking with a duplex, and cheques... sign your 'X' on the line"

But it appears China has no plans to hurry down the American chimney tonight.

Please read disclaimer at bottom of blog.
Posted by Whisperer at 12:21 PM

Email ThisBlogThis!Share to TwitterShare to FacebookShare to Pinterest
Labels: Garth Turner, US Dollar, US Economy