O tidings of comfort and joy... 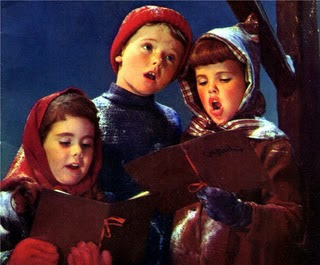 You may have seen them if you occasionally read the comments section of this blog.

Some like to chide me for being so negative and repeating, ad nausem, my warnings about debt and rising interest rates. The number of comments pale in comparison to the dozens of the emails I get on that theme, but I love to read them.

So it makes me wonder if similar letters and emails are now being sent to Bank of Canada Governor Mark Carney.

'Cause let's face it... his public statements lately are inter-changeable with the posts of those in the blogosphere.

And yesterday the Governor had more tidings.

Speaking to a business audience in Toronto, Carney delivered this clear and unequivocal warning to Canadians:

As we are found of reminding faithful readers, 'normal' interest rates over the last 20 years mean a rate of 8.25%.

The implications for many recent homebuyers in the Village on the Edge of the Rainforest who have taken out variable mortgages at rock-bottom rates and maximized the amount they could borrow are clear: any rise in interest rates risks putting a financial squeeze on a large number of debt-laden Vancouverites.

Even the Mortgage Brokers Association of B.C. is starting to take notice as they said yesterday that, "Canadians are potentially leaving themselves wide open for significant financial obligations once interest rates begin to rise."

Really, who could have known?

But it didn't end there. Carney once again focused on a fact we quoted yesterday from The Globe and Mail:

To this Carney told Canadians that the nation “must be vigilant” in containing the threat rising rates would have on increasing the debt-servicing costs for Canadians who have taken on increasing levels of debt.

Sorta rings hollow because what is coming is serious business and I think it's too late to be 'contained'.

Consider the bold prediction earlier this week from economist and author Jeff Rubin. He predicted the jump in interest rates could be as steep as 3% to 4% over the next two years as the Bank of Canada struggles to contain inflation caused by increasing energy costs.

And everyone I know that has bought a house in the last three years is carrying much more than a $400,000 mortgage.

None of them can afford even a $500 increase in their monthly payments, let alone $1,000 or more.

While the Globe and Mail can publish joyous, helpful little articles like this one that urges Canadians to "Wrestle Down That Debt While You Can", the reality is that its too late, the damage has been done.

Maybe that's why Carney had this Christmas message for banks:

Oh... it will shift alright. And it's going to create a dire situation for banks. Under one of Carney's 'stress test profiles', the BOC hypothesises that:

And as faithful readers will recall, Sprott Asset Management predicted that if the Canadian banks’ tangible assets were to drop by 3%, their tangible common equity would effectively be wiped out.

But bloggers have seen this scenario coming all year. And did anyone catch American Karl Denninger on BNN yesterday?

He was asked to be on the Canada's Business News Network to talk about housing. After his appearance he wrote about it on his blog:

Please read disclaimer at bottom of blog.
Posted by Whisperer at 1:06 AM