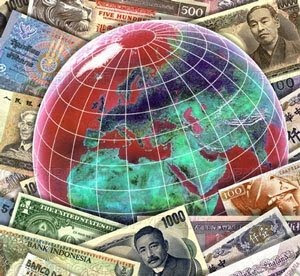 As I have said, I am firmly of the belief that Gold is not money, nor is it a hedge against inflation (it performs that role very poorly).

Gold is a hedge - a hedge against the mismanagement of the state, which at this time and place is the United States with it's world's reserve currency status.

And since it is almost a certainty that the United States will be forced to continue Quantative Easing on a massive scale, it seems clear to me a large segement of the world is going to the medium of Gold on a level they haven't for almost 100 years.

Last week I made note that central banks outside of the United States cut holdings of U.S. Agency Debt by 7%.

And today, in another sign that a worldwide paradigm shift is occurring, the central banks of Europe have all but halted their sales of Gold.

In the 1990s and 2000s, central banks swapped their non- yielding bullion for sovereign debt, which gives a steady annual return. But now, central banks and investors are seeking the security of gold.

All around the world, central banks are reassessing gold amid the financial crisis and both Europe and America's sovereign debt crisis.

This is important because central banks, with their heavy selling of Gold, have long suppressed Gold from rising in price. But now a significant source of supply has been withdrawn from the market. The move also gives powerful psychological support to the gold price.

As I have said, I'm not a Gold bug... I'm a Gold/Silver opportunist. And there is a huge opportunity ahead, IMHO.

More on this in the coming weeks.

Please read disclaimer at bottom of blog.
Posted by Whisperer at 7:20 PM

Email ThisBlogThis!Share to TwitterShare to FacebookShare to Pinterest
Labels: gold