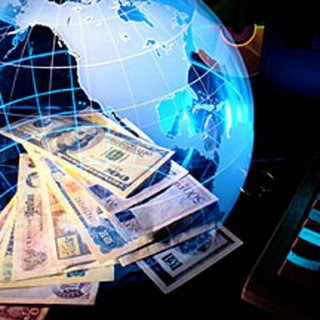 No real estate topics today... instead it's devaluing currencies of the world, gold and what will come as a surprise to many: Garth Turner sees Gold going to $3,000 an ounce.

All around the world there is a stunning drama unfolding. Country after country is devaluing their currency through massive quantitative easing in an attempt to make their exports more attractive because - via foreign exchange - their currency is worth less than other countries as those countries devalue. It's becoming a vicious cycle.

There's more, but you get the picture.

All of this is in response to the United States and the rapid dropping of the US dollar index (it's one of the graphs on the right hand side of the blog).

Click here for a Reuters clip on the fears over a world currency battle.

This is one of the feared outcomes of the Quantitative Easing that was started last year. And the great fear is that the US Federal Reserve's actions to prop up the increasingly uncompetitive and defective U.S. economy with what amounts to unprecedented amounts of money printing over the past two years - with efforts still ongoing and slated to expand later this year - are going to lead to a crisis of confidence.

The US government as a whole has increasingly spent beyond its means, doubled down on debt and pushed the limits of inflation risks as it milks the outdated perception of the dollar as a "safe haven" for all it's worth.

The largest critics say the table is being set for the biggest currency crisis ever. Some say that all of the key ingredients are in place for a crisis of confidence that will threaten to overwhelm all efforts to contain it - something beyond the magnitude of currency crises that unraveled Mexico in 1994, Asia in 1997, Russia in 1998, and Argentina in 1999.

That's why I say there is an opportunity looming.

It's irrelevant whether you believe the crisis will lead to hyper-inflation or not. A crisis will play out. The only question is the depth and breadth of the magnitude.

Gold (and Silver) are the final refuge against universal currency debasement. And that debasement is starting to ramp up big time.

The US and Britain are debasing coinage to alleviate the pain of debt-busts, and to revive their export industries: China is debasing to off-load its manufacturing overcapacity on to the rest of the world, though it has a trade surplus with the US of $20bn (£12.6bn) a month. And the rest of the world is racing them to the bottom.

Premier Wen Jiabao confesses that China’s ability to maintain social order depends on a suppressed currency. A 20pc revaluation would be unbearable. “I can’t imagine how many Chinese factories will go bankrupt, how many Chinese workers will lose their jobs,” he said.

Commodities analyst Dan Norcini notes, Gold put in another record high price in late Asian/early European trading last evening with silver also following closely behind as it too set another 30 year high during the same interval. As a matter of fact, all of the “precious” metals were higher today with platinum and palladium continuing to work higher on the charts. Palladium is probably the sleeper among the group as it has quietly managed to rally from $160 in late 2008 to nearly $570 as of today. That is a 250% increase in 2 years.

One of the things about the palladium rally is that it now leaves silver as the least expensive precious metal to own. Yes, I know that palladium and platinum are considered industrial metals but they too, as does silver, often act as precious metals. Gold is now over $1300, platinum is over $1650, and palladium is near $570. None of them could be considered especially cheap for the average citizen to buy. Silver however, even after its strong rally is shy of $22. Tell me that the average citizen who has a few hundred dollars laying around and is becoming increasingly worried about the future of the Dollar as they become informed about the woes of the current monetary system, will not look at these metals and feel very comfortable plopping down some cash on the counter for a few rounds of silver."

Which brings us to Garth Turner.

For those who follow Turner, they know he is adamant that Gold is a relic and not a place to put your money.

But Turner can see what is happening too. In this interview with Stirling Faux on Howestreet.com he begrudging admits that gold will still climb further...

Hands up out there how many thought they would ever hear Turner predict Gold at $3,000 an ounce?

Such is the import of what is happening right now.

Does anyone remember how this all started?

And the world is dealing with it... taking it a 'little more seriously'.

They are moving out of the US dollar and into Gold/Silver. Do you see the opportunity?

Please read disclaimer at bottom of blog.
Posted by Whisperer at 5:57 PM