More on the Hyperinflation Debate 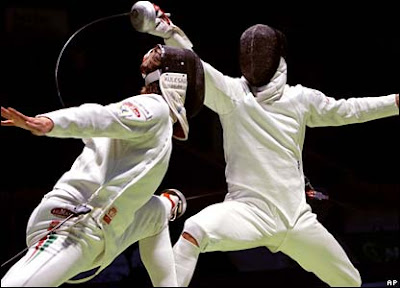 If you are not aware, this week the United States is pumping a massive amount of money into the markets (POMO) in an attempt to stimulate inflation. This is the number one reason why Gold/Silver have been taking off in value lately.

The Bank of International Settlements (BIS) has come out with a report comparing Japan with the United States as both embark on the same solution to the economic crisis (QE).

As Zero Hedge notes, the report show us that "Japan, even during its two-decade long deflationary process is far better equipped to handle the economic collapse that is unravelling for an entire generation of Japanese consumers. Which is why the Fed is now actively pumping $5 billion in the market every other day to stimulate inflation, and the stock market, as this is now the Keynesian system's Maginot line. The Fed can not allow mass perception of the the double dip to become entrenched as that would be the proverbial game over. What has worked in Japan for 20 years will fail miserably when applied in the US, simply because US consumers are in a far, far worse shape than their Japanese counterparts."

Coincidentally our friend, Gonzalo Lira has also come out with a post examining the Japan/US comparison. I'll summarize it here but I know some of you will want to read the full post so I invite you to click the link and go to Lira's blog.

Japan went through an equities and real estate boom during the 1980’s — a boom that was really a bubble. And like all bubbles, it eventually burst in 1990. Since then, Japan has been lost and the Japanese government has spent a fabulous amount of money for domestic stimulus that hasn’t helped at all. Japan is in full-on deflation—in every sense of the word.

Now a lot of people believe America is set to begin its own version of Japan’s Lost Decades and Lira argues it will be something completely different.

Lira notes the rationale for a similar path is simple and superficially persuasive:

Lira notes that this 'current account' is the key metric, it's all about the trade surplus or deficit.

To finance this massive current account deficit, the U.S. has sold assets to the rest of the world, which are Treasury bonds. And as everyone knows, Treasuries might be called “assets” by the sophisticates, but they are really nothing more complicated than a loan. In other words, Americans and their government have gone into massive debt with the rest of the world, in order to finance all this spending.

This is the main difference between the United States and Japan and Lira argues it should be obvious — and ominous — what this difference means.

Lira argues that you are seeing a promotion of the 'Japan Is Us' point of view and that is leading money managers to do the hard sell and lead their clients into Treasury bonds — because if you were in Japan in 1990, their sovereign bonds turned out to be the smartest investments in the long run.

But the U.S. is not Japan and US Treasuries have been under performing.

Which, of course, brings Lira to his foil in this debate, Mish Shedlock:

Back to you, Mish Shedlock.

I promised a colleague I would repost these video clips from Chris Martenson on asset bubbles, the pattern they follow and past historical bubbles. It comes in two parts...

And finally, for what it's worth...

Please read disclaimer at bottom of blog.
Posted by Whisperer at 6:25 AM