And the walls... came tumbling down. 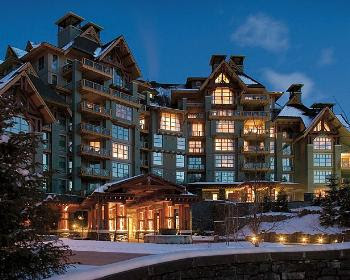 Last month we talked about how Vancouver's Condo King, Bob Rennie, was involved in developments in Kelowna (Invue) and Vancouver (Fairmont Estates) that were slashing prices by 40% and we wondered... is Rennie simply moving to get ahead of a crash he can see coming down the pike?

Since Rennie's Kelowna move there have been 3 consecutive months of decade low sales stats.

Tales abound of stagnating conditions throughout the Okanagan.

And now more evidence that the market on the periphery of the Village on the Edge of the Rainforest is collapsing.

Could it be Rennie has accurately anticipated the market?

As you can see on this realtor website, the 40% correction (as a start to the great real estate collapse) has now come to Whistler.

And with tourism down dramatically from an American economy in tatters combined with the negative press from a bankrupt ski resort prominent in people's minds, are more such sales all that unexpected?

Meanwhile, on the Sunshine Coast, statistics from the Real Estate Board of Greater Vancouver show that the benchmark price for detached homes is down by 14% in one single month! A precipitous mounting collapse if the trend continues.

Mainstream media are now picking up on the story, and as news stories trumpet the collapse, no amount of R/E cheerleading is going to lure potential buyers who fear they may be catching a falling knife.

Surrounded by real estate that is starting to collapse, is Vancouver really different from everywhere else?

On September 8th the Bank of Canada will be announcing their next move. Speculation is that interest rates will rise another .25%.

What will another rise in interest rates do?

Will the upper end of Boomers, those within five years of retirement - 70% of whom have no funds set aside for retirement and are dependant on cashing in on their bubble inflated real estate - realize what is going on around them?

Will they begin a dash to list their homes for sale in advance of their planned retirement?

Having paid $60,000 for a westside home 40 years ago which is now appraised at $1,600,000; how many will slash their asking price dramatically knowing they are still realizing a massive profit but must cash out now before the market crashes?

There is still time to salvage their retirement plans if they move aggressively, but the clock is ticking fast.

On the real estate chat boards there is some evidence that dramatic action may already be occuring in other parts of the Lower Mainland.

Posts talked about a listing at 1405 Apel Drive, Oxford Heights in Port Coquitlam. From the listing:

"Beautifully renovated 5-Bedroom Home in the prestigious Oxford Heights neighbourhood of Port Coquitlam. Bright and sunny backyard, great floor plan and room for everyone! This home is a MUST SEE! Just steps to an elementary school, parks, nature trails & transit, and just a short drive down the hill to shopping, groceries, restaurants and coffee shops. Fully fenced yard with loads of room for the kids to play!"

Listed for the below market price of $379,900, the MLS listing (V848662) appears to no longer be available. Was it immediately snapped up as a way below market opportunity - setting the benchmark for what is to come?

And if we see similar 'rush-to-sells' - moves which will almost assuredly push prices down 30-40% right off the bat - what will become of all those who bought in the last three years with 5% down? Those 3-5 year mortgages are coming up for renewal, and they will be massively underwater.

Email ThisBlogThis!Share to TwitterShare to FacebookShare to Pinterest
Labels: Whistler