Is Gold a 'canary in the coalmine'? 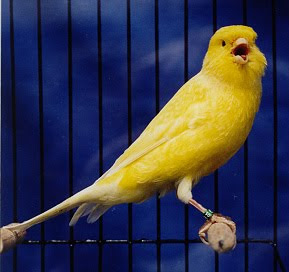 Alan Greenspan was at the Council on Foreign Relations in New York City and also gave a speech.

Among his remarks, according to the Sun, was a statement by Greenspan that central bankers should be paying attention to gold (which, as you know, is something this blog recommends as well).

Asked why Gold was hitting new highs, here is what Greenspan had to say;

“Fiat money has no place to go but gold."

Greenspan said that he’d thought a lot about gold prices over the years and decided the supply and demand explanations treating gold like other commodities “simply don’t pan out.”

At one point during his speech, Greenspan spoke of how, during World War II, the Allies going into North Africa found gold was insisted on in the payment of bribes. Said the former Fed chairman: “If all currencies are moving up or down together, the question is: relative to what? Gold is the canary in the coal mine. It signals problems with respect to currency markets."

I will say it again, the biggest and most confounding debate that's going on right now in all of finance is determining what the final outcome of the US Federal Reserve's market manipulative actions will be.

Gold is sending out a very strong signal and Greenspan says, "central banks should pay attention to it.”

Please read disclaimer at bottom of blog.
Posted by Whisperer at 12:01 PM

Email ThisBlogThis!Share to TwitterShare to FacebookShare to Pinterest
Labels: gold