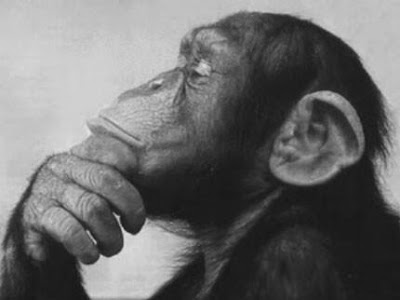 A couple of random thoughts today.

If you come to this blog, I think it's a pretty safe bet you are aware of what is going on in real estate right now.

For Vancouver, September is shaping up to be another dismal month for sales with today being horrendous.

Sales results for all of Vancouver on September 9th indicate there were 274 new listings, 103 price reductions and only 69 sales.

Granted this is not indicitive of every day this month (it's actually the lowest number of sales in a day so far this month). But the totals for the other days of September are not going well either. After 3 consecutive dismal months, the fact of the matter is that September is trending to make it four consecutive months.

Even the ever upbeat real estate industry can't gloss over what is going on.

Which brings us to to this tidbit from another colleague of mine who happens to be on an email list for a realtor friend of his.

As a measure of the state of the market, here is an excerpt from the latest missive to his clients:

Links are then provided to various youtube clips of the news stories on Global and BNN which have chronicled the stagnating market.

Awareness is starting to permeate the masses but there is still a general lack of understanding of the state of the market within the mindset of the average joe. Media coverage may be picking up, but the 'man on the street' is still oblivious.

And the general public is even more oblivious to the overall state of the average homeowner's balance sheet.

In case you didn't catch it, there was a stunning tidbit from Scotia Capital and a report they recently released on the risk posed by household debt on the economy.

We are in a period of record low interest rates. While this should mean Canadians are realizing a ton of savings during this period of near-zero interest rates, they aren't. The low rates (and the prodding by the pimps of the R/E industry) have induced Canadians to rush into home ownership by buying the maximum amount of house they could afford.

This is, of course, what has caused housing values to soar.

But, as Scotia Bank notes, the end result is that mortgage principal payments as a share of income are now double what they were in the early 1990s (a time when interest rates were in double-digit territory).

This means that despite nearly two decades of declining interest rates (with rates now as low as they can go, Canadians have saddled themselves with record levels of payments that they must shell out each month.

Consider that as the economic recovery struggles to gain any traction.

Our consumer based economy is founding and consumers aren't consuming largely because the monthly mortgage payments of Canadians (as a share of their monthly income) is twice what it was 20 years ago. There simply isn't much money left over to jump start the consumer economy.

Yet the consensus is that everything is alright.

Doesn't anyone see the ominous conditions looming on the horizon?

Or do people simply assume that interest rates will never go up AND inflation will never again rear it's ugly head?

That must mean they assume, by extension, that the economy will never recover.

But if that's the case, how the hell do they figure real estate will keep going up year after year?

Please read disclaimer at bottom of blog.
Posted by Whisperer at 7:42 PM