A trio of thoughts... 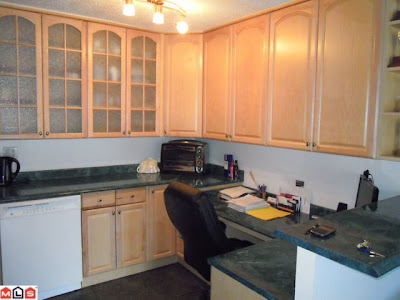 Three different thoughts for you today.

First off is the Bank of Canada rate increase today of a quarter point to 1%. This is the third consecutive increase in rates and the BOC rate is now quadruple what it was four months ago.

The focus today is on the language used by the Governor, Mark Carney. Everyone seems to think the message is that this will be the last rate hike for a while.

But as the Globe and Mail noted today, that may not be the case.

As the Globe notes, all this suggests that the Bank of Canada is still uncomfortable with an overnight lending rate so far away from what most economists consider "neutral," or about 3.5% to 4%.

Both the Globe and I took Carney’s comments on the Canadian economy as a sign the BOC still leans towards raising rates.

On another front, I attend a retirement luncheon today where one retiring colleague, age 60, was asked about several properties he owns and whether he intends to sell any of them (two houses in the Dunbar area and a vacation property).

Naturally I offered my opinion.

His response? "Every time I talked about buying, I was told I was making a mistake, that prices were going to be going down. They were the best moves I could have ever made. I'm content to sit on what I have, I can afford to wait out a 5 year recession"

Despite the continuing coverage of a possible housing bubble in Canada, and the lessons of the United States, the general public is still completely oblivious to what is going on and the paradigm shift that is taking place.

Finally there is the North Delta condo for sale by a friend that I mentioned in yesterday's post.

Spoke with him today and he said he didn't mind if I gave some more information on this blog. Believing that any publicity is good publicity, he sent me the MLS listing link which you can see here.

Bought about 5 years ago for $54,000, my friend (who does read this blog) is firm in his belief that this almost 40 year old property (although completely renovated) is worth the price he is asking and he is hesitant to consider offers much below that price.

He dropped the asking price from $144,000 to $139,000 (the price which he feels is the lowest he is prepared to go) because the MLS listing has received zero hits in the past 3 weeks.

I told him that the vast majority of people who visit this site may boost traffic numbers to the listing, but I suspect few would be interested in meeting his price.

As he reiterated to me, any publicity is good publicity.

I'll let you know how he makes out.

Please read disclaimer at bottom of blog.
Posted by Whisperer at 4:27 PM