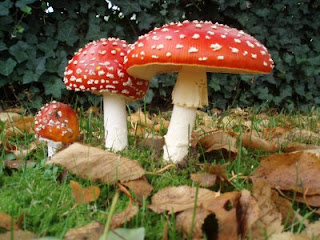 The end of another week and the focus continues to zero in on negative news for Real Estate.
And, once again, the warnings are coming from Bank of Canada Governor Mark Carney.
Yesterday's Vancouver Sun announced the news:

"The Bank of Canada has renewed its warning that debt-laden Canadians could face a 'significant shock' if housing prices fall."

Whoa... whoa!
If housing prices fall?  Housing prices don't fall, what are you talking about Mark?
In a series of special reports the Bank of Canada reviewed household debt and changes in the value of Canadian's "single-most important asset" — their homes.
While there has been a steady rise in the ratio of household debt to personal disposable income, house prices have been steadily increasing since 2000, the review said.

"These facts are interrelated, since rising house prices can facilitate the accumulation of debt. Households could, therefore, experience a significant shock if house prices were to reverse."

Whoa, wha??? There he goes again.  Significant shock if house prices were to reverse???
But real estate always goes up!  And what about the Asians?... the rich Asians are going to keep prices high, right?

"The evidence indicates that a significant share of borrowed funds from home-equity extraction was used to finance consumption and home renovation in Canada from 1999 to 2010. Such indebtedness constitutes an important source of risk to household spending, since it makes households more vulnerable to a potential decline in house prices."

Mike, baby, what are you saying? That Canadians have been using their homes like ATM machines just like the Americans did?
Then there was Federal Finance Minister Jim Flaherty:
On Thursday, Flaherty said "people have to be wise . . . in how they look at things."

"Interest rates are going to go up. They have nowhere to go but up. So people need to ensure that they can afford higher mortgage interest. It isn't necessarily for everyone to have most expensive house they could possibly buy, maxing out the 10-year mortgage they can get from a financial institution."

ALRIGHT... STOP RIGHT THERE! Interest rates are going up????
NO WAY... US Federal Reserve Chairman Ben Bernanke said rates were staying low until 2014. Rates are NOT going to go up. You wouldn't do that to us... it would hurt the economy too much.
Clearly Carney and Flaherty must have been munching on magic mushrooms or something before the last press conference.  I mean, what the hell???
==================