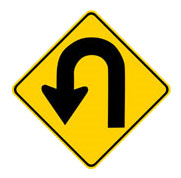 Bubble, bubble, everywhere it seems everyone is talking about the Canadian housing bubble.
Even the international magazine, 'The Economist', is taking a poll of it's readers asking if they think Canadian housing prices are about to burst.
The Canadian Housing Bubble (with its two star children Vancouver and Toronto) is going viral in the international and American press. You have to believe, at some point, all this 'bubble chatter' is going to have an effect.
Everyone says Vancouver, especially the west side, is dependant on HAM (Hot Asian Money) to sustain values that local wages simply cannot afford.
So what happens to all that money as Asians (who contrary to local myth can read) begin to realize the Village on the Edge of the Rainforest isn't such a great place to park their funds?
And it's only going to get worse.
The pack mentality of the mainstream media seems to have kicked into overdrive and the thirst for bubble stories seems insatiable.
On Monday we talked about Kelowna and how a local realtor characterized the exploding foreclosure situation there. Yesterday the CBC picked up on the story and headlined 'Home Foreclosures Skyrocket in Kelowna'.
The CBC article interviews Elton Ash, the vice-president of Remax Realty in Western Canada. He says most of the foreclosed properties are from people who were trying to flip homes during the hot market a few years back.

"People weren't able to achieve their goals in doing this and so they quit making payments."

Okanagan real estate agent Kent Jorgenson is asked about the situation by the CBC and says:

"The market in the Okanagan has really come to a standstill on that speculative investment front, and that is really what has been a major portion of the court-ordered sale thing that has increased so dramatically."

Ash goes on to say many Canadians are now buying vacation homes in the U.S., where prices are astonishingly low compared to British Columbia.

Everyone seems to think the Asian money tap will never end. But as the negative press compounds, will Hot Asian Money turn Vancouver into Kelowna?

Or, as this Global TV news story tells us, will Vancouver remain the most expensive housing market in North America?