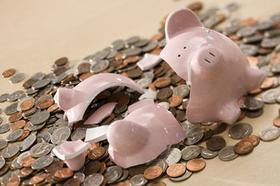 Rumours and conspiracy theories are flying all over the blogosphere tonight as it is becoming increasingly evident that there is a mass exodus amongst the ranks of the world's leading bankers.
1) Feb. 6, 2012 / Bank of India CEO Chaturvedi resigns
2) Feb. 10, 2012 / Tamilnad Mercantile Bank CEO resigns
3) Feb. 13, 2012 / Kuwait Central Bank CEO resigns
4) Feb. 15, 2012 / World Bank CEO Zoellick resigns
5) Feb. 15, 2012 / Anz Bank CFO Australia resigns
6) Feb. 15, 2012 / Nicaraqua Central Bank Pres Rosales resigns
7) Feb. 15, 2012 / Royal Bank of Scotland Australian CEO Stephen Williams resigns
8) Feb. 15, 2012 / Nova Kreditna Banka Maribo CEO resigns
9) Feb. 15, 2012 / Nova Ljubljanska Banka CEO resigns
10) Feb. 17, 2012 / Credit Suisse Chief Joseph Tan resigns
11) Feb. 18, 2012 / German President Christian Ruff resigns
All of it comes as a stunning speech is made by Sir James of Blackheath in the British House of Lords with allegations involving the stunning amount of $15 Trillion. Sir James described a set of mysterious transactions where over $15 trillion dollars was transferred via HSBC to RBS a few years back by one individual, who then proceeded to lose that money when RBS was taken over.
There are also rumours Goldman Sachs CEO Blankenfein was asked to resign but refused.
Is it all connected?  It's worth keeping tabs on.
==================

Please read disclaimer at bottom of blog.
Posted by Whisperer at 8:26 PM