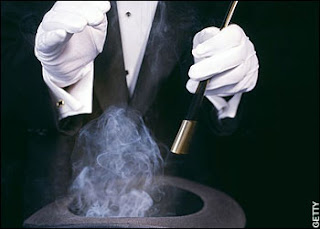 So the big news this week was Royal Bank announcing on Tuesday that the dirt-cheap mortgages being offered had been shut down sooner than expected.
Other banks quickly followed suit as the historical low rate of 2.99%, which was supposed to be available until the end of the month, was abruptly ended.
RBC and TD were both offering four-year fixed-rate mortgages with a 30-year-amortization at 2.99 per cent, and had announced plans to keep those rates in place until the end of the month.The offers were in response to Bank of Montreal offering five-year fixed-rate mortgages over 25 years at 2.99 per cent. BMO’s move was a two-week offer that was eventually halted, but it led RBC and TD to match with extended offers to avoid losing market share.
The official reason offered was that a slight increase in bond yields this month had forced RBC and TD to pull the mortgage offers weeks ahead of schedule.
“The rates coming down were in response to a very aggressive move by a competitor and a need for us to defend our client base, and to defend our business. We didn’t lead it there, but we felt compelled to follow,” said David McKay, group head of Canadian banking at RBC. “When that market attacker corrected and raised their rates, it enabled us to say funding costs are going up, we’re not making enough spread at this rate ... and we need to raise pricing because the cost of funds is going up.”
Err... it 'enabled' us to say funding costs are going up?
Interestingly the Globe and Mail noted that 'sources' indicated that officials in Ottawa were not happy with the price war the banks were waging on mortgages, since it potentially encouraged people to borrow more money.
More interestingly Frank Techar, head of personal and commercial banking in Canada for BMO. said BMO began offering the 2.99-per-cent rate as a way to promote its 25-year mortgages, rather than 30-year amortizations.
“We went to 2.99 per cent to draw attention to the benefits of having a mortgage with a maximum amortization of 25 years."
Sounds to me like the public is getting primed for the drop from 30 year amortizations to 25 year amortizations.
==================

Please read disclaimer at bottom of blog.
Posted by Whisperer at 12:22 PM