The most interesting element... 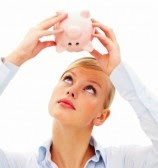 There has been so much going on since I last sat down to write a post that it's hard to decide exactly where to start.
But as I sift through everything that has been going on, perhaps what stands out amongst all the others is the revelation that the Canadian mortgage industry may be facing a liquidity crisis.
In an article today in the Vancouver Sun, the Vancouver daily paper asks "Is the mortgage industry running out of money?"
What prompted this rumination is the recent Jan. 31st announcement that CMHC is starting to worry that they are closing in on their $600-billion cap for mortgage insurance.
CMHC is required by law to stay below this cap and most Canadians are oblivious to the fact that it is CMHC which has enabled our housing bubble.
As CMHC approaches this cap (the Sun states CMHC sits at $541 Billion currently) the Canadian housing and mortgage markets could be significantly impacted.
Raising the $600 Billion roof will not be easy politically. CMHC's cap has risen in tandem with the housing bubble.
In 2006 that cap was $100 Billion. Six years later it is hitting $600 Billion.
In that one statistic alone lies the real foundation of what caused Real Estate values to skyrocket in Vancouver and the rest of Canada.
Eliminating the crack cocaine of cheap, easy money may be the Conservative government's way of slowing down a heated housing market without raising rates.
It's a significant development.
And I'm sure we will be talking about it for months to come.