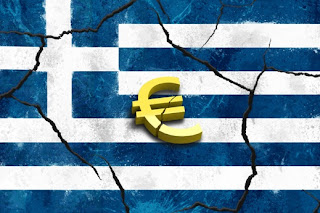 This is what you should be watching in Europe.
In 2008, AIG had sold Credit Default Swaps (CDS) on Credit Default Obligations (CDOs). CDOs defaulted and AIG had to pay. AIG went broke. The counterparties to the CDS were Goldman Sachs, JP Morgan et al and had to be made whole on their losses that they thought were insured by AIG.
It was a crisis which could have brought down the US banking system.
In response the US Government intervened and funneled TARP cash thru AIG to Goldman Sachs, JP Morgan et al to cover losses
IN 2012, Greece is about to default, just like the CDOs of 2008.
The ISDA (controlled by the Big 5 banks) will rule that any haircut on Greek bonds is not a default. Therefore the Big 5 Banks will never have to pay off on CDOs bought by Greek bondholders.
But the Greek bondholders, who thought they had principal insurance, are now screwed and are left holding the bag.
This is what caused MF Global to go under when the first Greek 'haircut' was not ruled a default.
Those Greek bondholders (the big Euro banks, big Euro govts, big hedge funds) will now be insolvent. They are going to require massive capital injection.
As those CDS contracts do not kick in, the next phase begins to unwind.
What good is insurance that doesn’t pay off? Does it mean all CDS insurance is useless? Who will be the next to fail because the insurance they thought was protecting them isn't going to pay out?
As you have read on this blog ad nauseum. The 2008 Financial Crisis was a financial earthquake, the repercussions of which many of us still do not understand nor appreciate.
That's why the big 8 Central Banks of the world have been involved in another round of massive money printing - to try and save Greek bondholders. And the level of money printing has only just begun.
As I have said, we are still only beginning to realize how profound and far reaching the 2008 Financial Crisis really is.
==================

Please read disclaimer at bottom of blog.
Posted by Whisperer at 10:54 AM