A New Zealand take on the Canadian Real Estate bubble 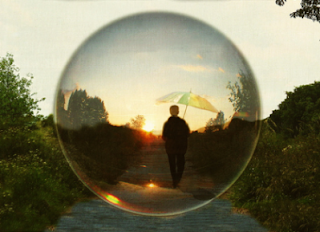 Neville Bennett taught economic history for many years at the University of Canterbury in New Zealand and is currently a Director of the New Zealand financial company, Socrates Investments.
In an opinion column for interest.co.nz, Bennet joins the growing international chorus who can see what most Canadians cannot; the precarious situation Canadian Real Estate is in.
Here is what Bennet has to say:

I am reminded of the NZ stock market bubble in 1987 when people crowded to watch the chalkies in Christchurch and everyone was in share clubs. The market led the TV news at night. Canadians are desperate to get into the market and subprime mortgages are a strong sales component.
Canada has weakened lending criteria too much. Private debt is huge in NZ and Canada (about 150% of GDP). Private debt also lowers consumption and deepens recessions.
Canadian real estate has surged in sympathy with other markets and a regime of low interest rates.
But a central driver is Canada Mortgage and Housing Corp (CMHC).
It is a huge, crown corporation fully backed by the Government. Until 1999 it had quite tough requirements, including a 10% deposit. Since then it has insured mortgages without limit, without deposits, with amortization of 40 years and the possibility of paying interest only for the first ten years.
Naturally CMHC’s balance sheet ballooned. Mortgages insured went from C$200 billion to $515 in the decade: 80% of the mortgage insurance market. MBS (mortgage-backed securities) went from $40 billion to $326 billion (more later).
This ought to give taxpayers the shudders as CMHC has an exposure of $840 bln or the equivalent of 145% of Canada’s public debt.
CMHC seems to be highly geared: it had only $11 bln of assets in 2000, and most of its assets now are MBS insured by itself. It seems as leveraged as Fannie Mae which had US$2.3 trillion in guarantees backed by a mere $44 bln in assets as it folded. CMHC is very vulnerable to a small fall in house prices.
Consumer confidence rises when house prices rise. Consumers borrow to expand their spending. In less than 10 years, consumer spending has risen from 58% to 65% of Canadian GDP.
In 2011 homes became ATM’s, and the average homeowner had only 34% equity in their home, a fall from 55% only 4 years ago. Meanwhile, Canadians owed $1.53 for every dollar they brought home. Canadians have pulled $220 bln out of their homes in revolving home equity lines of credit (HELOCs): on a per capita basis, this is about three times as much as the Americans borrowed at the peak of their boom.
Vancouver is being driven partly by massive buying from Chinese investors and residents.
I have not been able to quantify this, but my guess is that Chinese buying is very significant on the margin, especially for expensive properties in western suburbs where the median price is C$2 million.
Vancouver is the world’s second most unaffordable city (after Hong Kong). It's median price in 2010 was C$602,000 which is 9.5 times the median household income of C$63,100. It is a very stressed market at present.
Toronto is also a crazy market, especially as condominiums are being constructed in vast numbers. Buyers rush to every listing and gazump each other.
There is concern about a correction.
Sales fell in January and foreclosures increased tenfold.
National prices have been flat for a year. Houses now cost about 5-years income rather than the traditional 3 years. In Vancouver it is 9.5-years’ income but consumers are sorely tempted when banks offer five year loans at 2.99%.
The Bank of Canada is worried but it has kept interest rates low because American rates are low and if Canada raises them it would provoke a major rise in the Loonie (Canadian Dollar) which would murder exports and manufacturing. But some action by the Bank seems necessary to deflate the bubble and also rein in inflation which is running at 3%. Another problem is an estimate that a 2% rise in interest rates would mean that 10% of Canadians would be spending 40% of their income on debt servicing.
CDO again.
Mortgage-holders are especially vulnerable because the public have been advised by pundits to go to variable rates. 500,000 switched last year. Variable rates are now 40% of the market. This rate is linked to the Bank of Canada’s overnight rate, which could increase sharply with tremendous knock-on effects for householders.
The financial system could be affected by covered bonds. Like their American cousins, Canadian banks have been bundling portfolios of low-risk mortgages into covered bonds. This started in 2007 when $2 bln were issued but it is now a $50 bln business. Thinking of US CDOs, I wonder how good the Canadian covered bonds would be if houses corrected by 20% (which many predict).
What amazes me is the growth of subprime. True they call these mortgages “alternative” or “non-prime”, not “subprime” but the weakness is identical.
CMHC has started to refuse to insure mortgages without a small deposit, and banks will not issue mortgages to anything not insured by CMHC. Banks are rumoured to be rejecting 20% of applications because of lack of CMHC insurance.
This has created a market opportunity for the enterprising. Home Capital Group, Equitable Group and Councel Corp, according to CBC, have stepped in to lend to people unable to get CMHC insurance. They charge 6% rather than 3%. CBC reported the subprime market is worth $85 bln, almost 10% of the market. The President of Home Capital estimates than non-prime are worth $200 billion or 20% of the market. Significantly, as happens in the crescendo of bubbles, about 50% of new mortgages are now subprime.
The low interest environment is an inducement to subprime activity.
Many people are not worried that a falling market would create a systemic financial risk because the taxpayer has not insured subprimes. I think this is short-sighted.
Any market fall would shake out the most vulnerable first, which would bring a flood of property onto the market and create a near panic and deep losses. A recent study by the Bank of Montreal found that 4 out of 10 borrowers stated they could not repay their loan if interest rates rose slightly.
Canadian investment in residential investment is now just over 7% of GDP: every time in history when this level is reached there is a crash within 2-3 years.
Professor Shiller of Yale who predicted that 1987 crash and the 2006 US property crash says Canada is “due for a US-style drop”.