Globe and Mail: What will make the housing boom go bust? 'Greed' 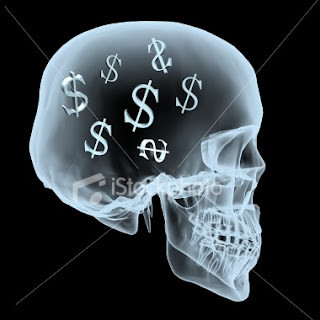 Today's edition of the Globe and Mail newspaper contains an article which asks: What will make the housing boom bust? 'Greed'.
The article notes that speculation in Canadian cities such as Vancouver and Toronto is wildly out of control, and states that the real-estate bubble in this country is overdue for a correction painfully similar to the one south of the border... a theme all too common for blogs like this one.
The Globe speaks to Ben Jones, the Arizona-based accountant who launched the  Housing Bubble Blog in December, 2004. At the time he was one of only a handful who was raising concerns about the vulnerability of the U.S. housing market.
Now, almost eight years later, Jones still sees signs that the real-estate mania is far from over in America. As part of his blogging experience, he keeps tabs on Canada and sees a lot of pain in our future.
Says Jones:

From what I can tell, the condo markets in Toronto and Vancouver are even crazier (than the US was). Prices are still going up and the participation of so many foreign investors is indicative of a more vulnerable market than in, for example, Miami in 2004. And that was a complete disaster.
China probably has the largest bubble in the world and when it blows, it’s going to shake the globe. There have been housing bubbles before, but never all over the world. Every time I hear people talk about the housing bubble in the past tense, I cringe.

Jones casts his eye at the Canadian market, sees all the speculation, sees the huge debt ratio Canadians have amassed and has this to say about our current real estate prices:

Artificially low interest rates and lower mortgage standards have enabled your bubble to do a head fake and push even higher. The same thing happened in Australia and China. You guys should be further along the road to recovery than us and you’re not. I would chalk that up to your government policy. Any objective economist should be able to see what’s going on in Toronto and see that it’s a disaster in the making. In the United States, everybody knew that it couldn’t go on forever, but at the root of a mania is the belief that the trees will grow to the sky.

And what of all the stories about the Chinese speculating with their money by buying Canadian real estate?

I posted the recent story about that Toronto house that sold for $400,000 over asking price. And it was just a bungalow. It really reminds me of 2004 when Californians were spreading across the whole country, buying property left and right, using their equity from the California bubble to create bubbles in other areas, like Las Vegas. We called them “equity nomads.”
China probably has the largest bubble in the world and the fact that they’re using their bubble wealth to drive up prices in Canada is the rolling-bubble phenomenon playing out on a massive scale. If the real-estate market collapses in China, are they going to close on all these condos they’re buying in Toronto? I kind of doubt it.
It’s even more complicated, because the Australians have a pretty big bubble and their resource-based economy is largely dependent upon China. It’s a house of cards: China goes down, Australia goes down and they drag down the market in Vancouver and Toronto, which trickles down to the U.S. That’s the danger people are willing to ignore when things are going up.
But everyone says it’s different here.
Ask yourself, why are the Chinese buying all these properties in Toronto and Vancouver? To make money. Yes, they say they are really nice places, but they say that about every bubble market.
Florida is a really nice place. California has great weather. I don’t think that justifies paying $400,000 over asking. Toronto was a really nice place 20 years ago, but nobody was paying half-a-million dollars for a condo.


Please read disclaimer at bottom of blog.
Posted by Whisperer at 11:43 AM