Tues Post #2: Richmond continues to struggle - but not according to the mainstream media 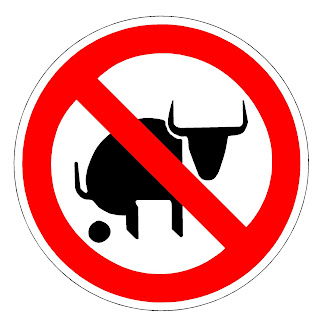 Was it only January 2011 when we were comparing the red hot real estate market in the Vancouver suburb of Richmond to Holland's historic Tulip Mania?

Then came the Tsunami in Japan and as we predicted, Richmond was about to undergo a massive Paradigm shift.

Richmond has gone from a sellers market to a market where inventory is building up in a massive way.

In fact it was that growing inventory that prompted one seller we profiled to accept an offer almost $1 million lower than his asking price (an amount which was 40% less than that original asking price) in order to sell in that stagnating market.

And make no mistake, Richmond is stagnating.

It's been a deadly combination... increasing inventory and sales which have continued to tank month after month.

The total number of detached homes, townhomes and condos/apartments listed for sale at the end of the month totaled 2,330 units, an increase of 11% from February's total inventory of 2,100.


Wong pointed out the silver lining when he noted that the supply of homes in Richmond at the end of March resulted in an Months of Inventory total of 8.24 months, a slight decrease compared with the previous months figure at 8.82 months of inventory.

But the problem is that the overall supply of detached homes, townhomes and condos increased those listings overwhelmed the increase in sales.

And while Wong tries to spin the positive on the news at the end of his report, bear blog followers pass on a different story entirely.

“There are more and more people over at the Chinese [internet] forums reporting price drops in their neighborhoods (be it Richmond condos or Coquitlam SFHs). More people are voicing their skepticism that Vancouver RE market will continue to go up. Many already accept the view that Van RE price will decline at least a couple % this year.

People are noticing the glut of thousands of upcoming Richmond condo units, and are advising against buying at this time. A few people are saying their close/trustworthy Chinese Realtor friends are saying the RE market isn’t looking good; however the other Realtors (whom they’re not close to) are still trying to paint a rosy picture.

Sentiment is changing, even among the HAM.”

Of course don't let all these 'facts' get in the way of believing in the future of the real estate in Richmond.

And naturally it's the Vancouver Sun who leads the cheerleading charge.

Recently the Sun provided us with 24 Reasons Why Richmond Real Estate is Booming.

You simply can't make this stuff up.

So here, for your entertainment purposes, are the Vancouver Sun's top 24 reasons Richmond real estate is 'booming':
Now keen observers will note this is only 20 reasons from a list that was supposed to provide 24.

Unfortunately if you follow the link above and click your way through the '24' reasons, you will discover that there are only 20 listed.

Posted by Whisperer at 2:00 PM