Thurs Post #2: Now it's the Royal Bank warning of a correction! 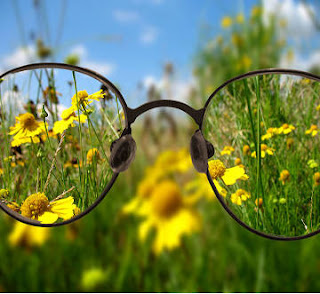 Canada's largest bank, Royal Bank, has now joined the chorus of real estate doomsayers by coming out and proclaiming that the Vancouver housing market is vulnerable to `significant downturn'.
Robert Hogue, senior economist at RBC,  says there are fundamental factors supporting what he acknowledges is a "volatile" market.
In an RBC report Hogue wrote that prices are expected to decline for two key reasons: high prices and the dependence on wealthy foreign investors.

"... make the Vancouver-area market more vulnerable to a significant downturn than other Canadian markets if an unfavourable economic scenario or unforeseen shock (such as a change in China's policy regarding capital outflow) were to unfold. The constant flow of wealthy buyers coming from abroad is poorly documented, leaving the dynamics of the city's market rather opaque and opening up the possibility that critical market developments could be missed. For this reason, and the fact that the extremely poor affordability levels, quite frankly, make us uncomfortable, we urge caution."

Tsur Somerville, director at the University of B.C. Centre for Urban Economics and Real Estate at the Sauder School of Business, is often chided by bear bloggers for his pro-bull market analysis. But even Somerville is changing his tune.

"Were the inflow of capital from immigrants and investors to dry up or be reduced, that would put downward pressure on housing prices."

Somerville wouldn't predict how much prices would drop but did say;

How's that for turning on a dime? Sommerville out and out admits you really can't model the Vancouver market.

Perhaps he should stop allowing himself to be quoted as an expert on the subject, then. But I digress.

Hogue, who hedges his comments by hesitating to call for an out and out collapse, does note that the market is subject to "extreme unaffordability" and says that a typical Vancouver-area homebuyer would need to spend 92% of their income to carry the costs of a two-storey home, and as much as 45%of their income for a condo.
That this market will correct, and correct significantly, is gradually becoming obvious to anyone who doesn't let hope cloud observation.

Please read disclaimer at bottom of blog.
Posted by Whisperer at 8:30 PM