Wed Post #1: Details Of The $291 Trillion In Derivatives To Which American Taxpayers Are Exposed 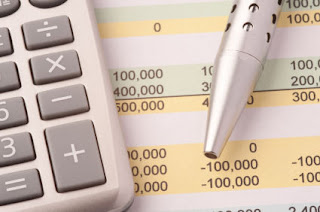 The following article was posted on Seeking Alpha and is reproduced here.
Investors buy derivatives for one of two purposes: either they're speculating about the performance of the market in the future, or they're hedging against the possibility of a loss. The way in which you intend to use derivatives influences your derivative investment strategy.
If you're hedging, you'd buy derivatives as a kind of insurance policy. By having derivatives in place for a nominal fee, you can be certain of buying or selling at a certain price, and you don't have to worry as much about fluctuations in the market. Many corporations use derivatives to hedge against fluctuations in interest rates, foreign-currency exchange or the cost of raw materials.
Speculation is a different side of dealing in derivatives. Investors who engage in derivative speculation have no real interest in the underlying commodities, but instead are trying to predict the behavior of the stock market to make a profit. Unfortunately, derivatives can be manipulated in ways that make speculation dangerous to the economy. The government has some regulations in place to protect against speculative manipulation of the market, such as prohibitions against naked short selling, but it can still be a dangerous practice for the economy.
Recall that Warren Buffet once famously called derivatives "financial weapons of mass destruction" and the sovereign debt problem risks detonating these time bombs.
How big is America's exposure to these "weapons of mass destruction"?
Here is what Seeking Alpha had to say...
Details Of The $291 Trillion In Derivatives To Which American Taxpayers Are Exposed