All the News That's Fit to Print? 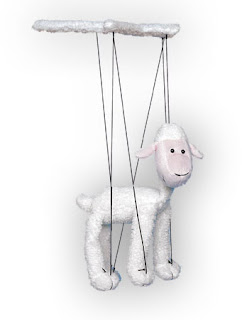 Faithful readers will recall that back on January 7th we talked about 'Bears' and 'Angry Bears'.

Real Estate 'professionals' are supposed to represent the best interests of those their clients... be they sellers or buyers.

Buyers who are mislead or manipulated into making choices to buy Real Estate when it isn't in their best interests is what truly agitates the 'Angry Bears'.

But Real Estate agents are commission salespeople. Their object is to co-ordinate sales and close deals, be they acting on the part of the seller or the buyer. That's how they earn a paycheque. And most can accept that.

But when real estate sales propaganda masquerades as 'expert opinion' and misleads the average Canadian, the ire of the Angry Bears is raised.

The past few months the Real Estate Associations have been attempting to 'manage' the bursting Real Estate market. Sellers who didn't absolutely have to sell were encouraged to allow listings to expire, thus reducing inventory and - hopefully - stem the tide of declining real estate values.

Meanwhile real estate associations have been attempting to mitigate a crashing market. R/E Association 'economists' insist the recent drops in prices are only a ‘momentary dip’ attributable to a ‘lack of consumer confidence’. The prognosis: price declines are relatively muted and upward momentum will return in short order once consumer confidence returns.

Their message: don't sit on the fence... buy now (and support our commission salespeople).

Raising the ire of the Angry Bears is this story in the Vancouver Sun titled "Majority believe it's a good time to buy real estate in B.C.: poll".

The story reports on an unattributed Ipsos Reid poll that finds a majority of British Columbians believe "this is a good time to buy a home, though most say it isn’t a good time to sell".

The poll quotes Hanson Lok, senior research manager at Ipsos Reid in Vancouver, who says "as market conditions improve for buyers, there also seems to be a growing number of British Columbians gathering on the sidelines to contemplate buying new homes".

The new poll also finds that British Columbians’ expectations for falling prices have been muted since November.

Curiously the story does not cite who commissioned the poll.

So what do we have here?

A poll - reported as a news story - that claims consumer confidence is returning, that claims it's (a) a good time to buy, (b) a bad time to sell and, (c) that house prices won't be going down in the next 12 months.

Gee... does that mean you should rush our and buy now instead of waiting for the market to decline further?

And so on local real estate chatboards the Angry Bears ask: Who commissioned this poll?

Send your comments via email to village_whisperer@live.ca
Posted by Whisperer at 5:31 AM