A Tale of Two Predictions: Part (b) 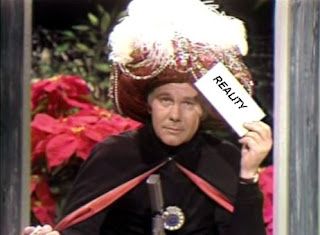 Mainstream media often provides Real Estate 'insight' from builders, bankers, developers and realtors. For years this Real Estate ‘cabal’ has insisted that the Vancouver market was not in a bubble. Now that prices have started to decline, they insist this drop in prices is only a ‘momentary dip’ attributal to a ‘lack of consumer confidence’. Their prognosis: price declines are relatively muted and upward momentum will return in short order.

For several years now, the Vancouver Housing Blogger has been a counterpoint to this view. Recently VHB offered his prediction for the immediate future of Vancouver Real Estate on Housing Analysis ; a blog whose stated objective is ‘providing thoughtful analysis on the housing market’.

Noting that current Canadian labour market statistics predict a very bleak picture for 2009 and that the prognosis for BC in the coming few years is for extremely hard times; VHB points out that circumstances are, in reality, far worse than the predictions. January statistics already show BC is down 35,000 jobs - a pace that will blow most economist’s predictions for 2009 job losses right out of the water. And one week into February, the torrid pace of corporate layoff notices has continued unabated.

More importantly, BC’s labour market boom has been based on construction and as that construction boom continues to collapse, massive job losses will continue to mount. A situation which cannot help but mortally damage BC’s housing market.

“When the bubble started to burst in Spring 2008 in the midst of a strong economy, it burst mostly because there was a psychological change--people stopped wanting to pay the inflated prices because they didn't have confidence that they could find a greater fool to whom to unload their property in the future. We've seen 15% or so come off prices, but the main effect really has been that properties have just sat around not getting sold. Aside from a few flips gone bad, there hasn't been a lot of urgency on the sell side. So it didn't sell in 2008--just rent it or try again in 2009,” said VHB.

“What will be different going forward is this. As unemployment approaches double digits in BC (we'll get there shortly after the Olympics--if not earlier), there will be thousands of people who cannot make their mortgage payments on their primary residence--not to mention their inability to feed the monthly bleed from their condo 'investments.' These properties will be thrown back on the market first by themselves, and later by banks as foreclosures.”

VHB goes on to note, "When will this happen? When people lose their job, it takes some time before they get irreversibly behind on their bills. It then takes some time for the bank to foreclose and get the thing on the market. So, the 'have to sells' are not going to seriously start hitting the market until late 2009. But in 2010, this will be a dominant part of the housing picture."

VHB paints a very compelling picture. Record new housing inventory on the way and a cascade of 'have-to-sell' people driven by job losses.

Meanwhile speculators have vanished from a collapsing market, home ownership rates are at record level (with those owners unable or unwilling to upgrade and no new customers coming into the picture) and the evaporation of U.S. and Asian buyers due to the world wide economic collapse

It’s a toxic mix: exploding inventory with no customers to fill the void.

The end result? VHB predicts 2009-2010 will provide a tremendous amount of pain for those who are overexposed to Vancouver real estate because we have the creation of a perfect storm which will send real estate values into a downward spiral: rising unemployment levels leaving many local Vancouverties unable or afraid to commit to real estate purchases for themselves, the evaporation of speculators who cannot turn a guarenteed profit and the evaporation of U.S. and Asian buyers - buyers who have always kept the market artificially high.

VHB - along with a ‘mohican’ - post their statistical case on a regular basis on the Housing Analysis blog. Its worth you while to check it out.

Meanwhile the coming two years will play out as a tale of two predictions: the CREA's or VHB's.

Who are you inclined to believe?

Even for Karnac the Magnificent, this would be a 'gimmie'.

Send your comments via email to village_whisperer@live.ca
Posted by Whisperer at 12:08 AM