Is this the start of a 2nd Great Depression? 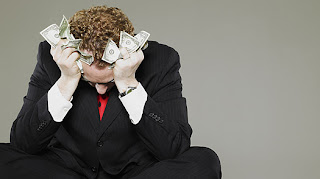 How bad are things going to be over the next couple of years?

That's the question on everyone's lips these days as some politicians and commentators routinely invoke the Great Depression to describe today's economic crisis.

A recession is generally defined as a decline in the Gross Domestic Product for two or more consecutive quarters and North America has experienced two "rough" recessions: one in the mid-1970s and the other in the early 1980s. Our most recent recession was the dot-com bust, which hit around March of 2001.

But everyone concedes that this time, things are different. It is now clear that the Great Crash and Panic of 2008 is triggering something much worse.

In the past year, the market's fall has at times rivaled that of 1929. But the Great Crash of 1929 and the Great Depression were two separate events.

The Crash was a financial panic, the Depression an economic downturn. The Crash began in October 1929, and the worst of it was over in three weeks; the Depression did not fasten itself on the nation for another year. To this day, the connection between them remains unclear, which makes it difficult to draw lessons or analogies from them.

The Dow plunged 39 percent between October 23 and November 13, 1929, but it regained 74 percent of that loss by March 1930. Only when the economy failed to gain momentum in the spring did the market slip back.

By fall the country had slipped into a depression, and the market resumed a downward course that did not touch bottom until July 1932. It did not again return to the levels of 1929 until 1954. The Depression did not end until increased military spending revived the economy in the spring of 1940.

Is that what is happening again?

But there is an ominous feature to the current situation: The Federal Reserve has already lowered interest rates as far as they can go, to around zero percent, but the recession marches on.

From a definition standpoint a recession is a contraction in real GDP, brought on by a tight central bank policy (usually to fight inflation), that ends when the central bank eases it's policy.

1) it reduces debt service burdens,
2) it stimulates demand for items bought with credit by lowering the monthly payments (e.g., cutting interest rates in half has nearly the same effect in cutting the cost of buying a home as cutting the purchase price in half) and
3) it raises the present value of income-producing assets thus producing a wealth effect.

But the US has already dropped rates to near zero with no effect.

So what, exactly, is a 'Depression'?

A Depression is a deleveraging process in which asset price declines cause already over-leveraged entities to become more leveraged and cash-strapped, leading them to be squeezed for cash and creating credit-tightening conditions which cause an economic contraction in which monetary policy ceases to work, generally because interest rates have fallen close to 0%, making meaningful interest rate cuts impossible.

Because interest rates can’t be cut, the three previously mentioned stimulations that cause the economy to grow do not occur.

A depression is, most fundamentally, a shortage of liquidity relative to the need for it to service debts that has to be resolved by some mix of writing down debts and producing more liquidity without lowering interest rates.

The sharpness of the current global showdown has alarmed economists who see no obvious engine for recovery. Most Western developed economies are going to see the deepest downturn they have seen in a number of decades, in some cases, possibly, since the Second World War.

Most political commentators have called it 'scary stuff'.

As Frederick Lewis Allen observed, "Prosperity is more than an economic condition; it is a state of mind." The trick is always to find out what exactly is needed to restore it.

We are still fishing for the answer to that riddle.

Send your comments via email to village_whisperer@live.ca
Posted by Whisperer at 10:47 AM