A Tale of Two Predictions: Part 2 (a) 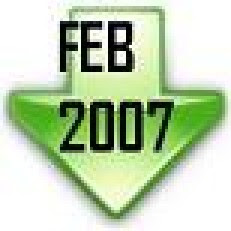 He was one of the few locals to do so.

So popular were his posts that he was getting over 25,000 unique visitors a week to his site.

The VHB would post daily entries that warned that Vancouver and Victoria were in a massive speculative bubble. And it wasn’t just editorial commentary. He would link to reports from the Real Estate Board of Greater Vancouver, Statistics Canada, expert opinions, other cities' real estate blogs, and to media reports to make his case. All available information was interwoven to prove his point.

The thoroughness of the VHB was such that even Bob Rennie, BC’s Condo King, was drawn into debates on his site. Rennie, regularly quoted in the media at the time as saying the real estate market would continue to be strong and wouldn’t suffer a downturn, chided VHB at one point by refering to one of his highly successful condo pre-sales and saying, "If the blogger is right...1,000 people are wrong."

Well it turns out both Rennie and those 1,000 condo pre-saler's were wrong and the Blogger was right.

That infamous quote is now used as a tagline by the VHB whenever he posts on the local Real Estate Talks messageboard.

VHB told a reporter that he started his blog because, "I was following the housing market and wondered if others shared my more unorthodox views. I was making some graphs on my own. I thought some others might like to see them too. [The mainstream media] doesn't point out the inherent conflict of interest in always asking builders, bankers, developers and realtors about the housing market."

VHB used his blog to serve as a counterweight to thosed biased positions.

In February, 2007 the VHB closed down his blog saying, “Things have changed on the off-line front. I have to go now. It has been a lot of fun. I might be back sometime in the future, but I need to stop for a while anyway. Ta Ta For Now.”

Well... the VHB has returned and while he has not re-started a blog of his own, he makes regular contributions to a number of Vancouver R/E sites.

Recently he made his own predictions for the current market.

His thoughts tomorrow in Part 2(B).

Send your comments via email to village_whisperer@live.ca
Posted by Whisperer at 1:55 AM