A Tale of Two Predictions: Part 1 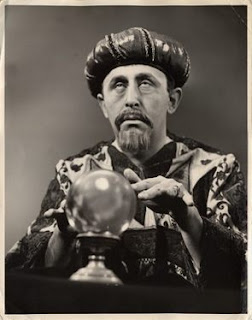 A most interesting newspaper headline flashed across the country yesterday: Housing sales expected to drop back to 2000 levels.

Despite this, the Canadian Real Estate Association (CREA) goes to great lengths to mitigate the impact of this statement. They gamely stress that this will not trigger a drop in the value of real estate.

This group, which represents 100 boards across the country, continues to bang the drum that the problem is simply one of consumer confidence. And this lack of confidence will not impact the value of your real estate.

“Consumers are in a funk. Every bit of economic news that comes out seems to confirm what people had expected, that we are heading into rough economic times,” said Gregory Klump, chief economist at CREA. “Everybody is hunkered down, expecting a deep, long recession. If you are not secure in your job, prices can be cut in half and interest can be free, but you are not going to buy a home.”

There may be a dramatic slowdown in sales, but the CREA insists price declines are relatively muted and will remain so. The message remains: there will be no big drop in housing values.

In an attempt to add validity to this rosy prognostication Pascal Gauthier, an economist with TD Bank Financial Group is sought out for his comment. He says there is a certain “stickiness” to prices when the housing market slumps. “People say my neighbours’ house may be worth 20 per cent less but not mine. We have people testing the market (by selling), but we are still not looking at desperate sellers,”

Gauthier then dampens speculation that there will be further real estate price drops by pointing out that buyers continue to count on even steeper discounts that have not materialized. “I think some people are expecting a U.S. type of correction.”

These 'so-called' economists have a vested interest in the Real Estate Industry. Their sole job is to craft documentation that influences public perception and moves that perception in a direction favourable to Real Estate agents. If 'consumer confidence' is shattered and people are expecting prices to drop... then convince them that those price drops will never materialize.

Tomorrow we will hear a different viewpoint. From someone who has been a thorn in the side of the Vancouver Real Estate scene for several years now.
Posted by Whisperer at 3:01 AM