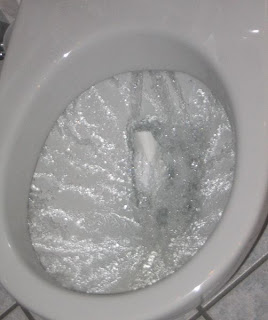 Canada's economy is fully intertwined with the U.S. economy and that is also true for British Columbia. As the housing market continues to crash in the United States, so go the fortunes of B.C.s forest industry.

The F.D.I.C. has inherited the collection of loans and property of these failed banks. Now they must managed their assets which means, ultimately, they have responsibility for liquidating them.

And the reprecussions of this massive liquidation ripples outward in a profound way to crush British Columbia's forest industry.

When you add it up, the F.D.I.C. is struggling to manage $15 billion worth of loans and property left from these failed banks. If still-to-be-sold assets from IndyMac Bancorp of California, whose demise last year was the fourth-largest bank failure, are included, the number jumps to $40 billion.

Already the F.D.I.C. has begun selling hundreds of millions of dollars worth of loans through eBay-like auction sites. DebtX of Boston and First Financial Network of Oklahoma City, for instance, sell F.D.I.C. loans at auction to investors who typically pay 5 cents to 85 cents for each dollar of outstanding principal, according to Bliss A, Morris, First Financial’s president.

This, in turn, is leading to the unloading of hundreds of thousands of houses across the United States at bargain basement prices. In November, Lula Smith, 86, of Kansas City, Mo., bought a two-bedroom house across the street from her home for $4,000, one-tenth of its value two years ago. This scenario is being repeated everywhere.

And — in the most closely watched tactic — the F.D.I.C. is negotiating a series of billion-dollar deals with private equity partners who will take over huge batches of loans in exchange for a chunk of the sale proceeds.

The rising tide of foreclosed real estate is so overwhelming that the agency, which had shrunk to a relatively tiny 4,800 employees from as many as 15,000 in the last period of bank meltdowns in the 1990s, is in the midst of a military-scale buildup as it undertakes one of the greatest fire sales of all time.

As the number of Bank failures rises in exponential fashion, the F.D.I.C. will continue to dump massive amounts of foreclosed homes onto the U.S. market.

And when you can buy pre-existing homes for one-tenth of their previous value - where is the incentive to build new homes?

The impact this will have on the B.C. Forestry industry in undeniable.

That flushing sound you hear is the lumber industry circling down the toilet... and with it goes the BC economy.
Posted by Whisperer at 12:24 AM