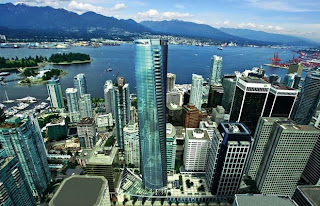 Every year the springtime rain engulfs Vancouver in its infamous mist. But this year it isn’t just the precipitation that is causing seasonal affective disorder amongst its residents.

This season the collapsing real estate market is making it’s own contribution.

And no one is battling the circadian rhythm imbalance more the local condo king, Bob Rennie.

Rennie, Vancouver’s 52-year-old condo wunderkind, has long been touted as having a golden touch when it comes to selling real estate. Reportedly selling of between $1.2-billion and $2-billion annually, his Rennie Marketing Systems (RMS) promotes itself as helping to create the fastest-growing residential downtown in North America. 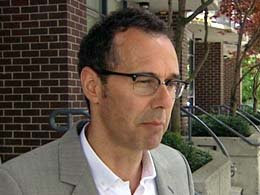 So effective was RMS that, as successes mounted in the 1990s, Rennie expanded his job description — from realtor to marketer to developer’s consultant to city builder.

Rennie has gone from just selling what developers gave him, to telling those developers what to build.

In an April 2008 article in Real Estate Vancouver, Rennie is reported to have been so involved with the ultra luxury Ritz-Carlton development that he redrew floor plans for the penthouse. “For that price, people want more room, not more rooms,” Rennie instructed designers MCM, “and a separate entrance for the nanny suite.”

The same article noted that Rennie also “coaches his clients—more comfortable in the black-and-white environs of bankers’ boardrooms and construction sites—on how to manage the nuanced realpolitik of Vancouver’s planning department.”

RMS balanced this boardroom power with tremendous media influence. As one of Vancouver’s biggest advertisers, the company reportedly buys more than 200 pages of ads annually in the Vancouver Sun alone - at $35,000 a page. That advertising manna is also spread around numerous other magazines and other media outlets.

Critics have wondered if the rise in such powerful development entities have been successful in manipulating the media, over-promoting the real estate bubble as genuine news and preying on gullible buyers in the process.

Publically Rennie has refuted such claims and maintained a bullish take on real estate in Vancouver as a win-win endeavour for everyone. As recently as April 2008, Rennie could see nothing but never-ending market expansion for Vancouver - despite the collapsing R/E wave that was sweeping across the rest of North America. Said Rennie, “To live in Vancouver and own Real Estate, you have won the lottery”.

Even as potentail lottery players lined up at his offerings, Rennie would taunt the sheep-herd mania fostering in the Vancouver bubble. Said Rennie of one pending development, “Great location, smaller suites. Put in a Sub-Zero fridge and a Wolf range with red knobs and they’ll line up to buy it.”

It is said that the bigger they are, the harder they fall and pundits now wonder if greed and arrogance are catching up to Rennie and RMS.

This week came the announcement that the flagship $500-million Ritz-Carlton hotel-condo development has been dealt a death blow as Rennie's client cancelled the entire development.

RMS had to have more than 75 units in Ritz-Carleton sold by the end of this month. With prices ranging from $1.4 million to $28 million, only 62 of the 123 condos in the Arthur Erickson-designed twisting tower sold. Without the requisite sales, the developer pulled the plug and 62 lottery players were left with a contract as worthless as last week's 6/49 ticket, private nanny-suite entrance notwithstanding.

Was the Ritz-Carleton pushing the limits on Vancouver’s obscene housing bubble with its prices?

The $28-million price tag for a 7,400-square-foot penthouse on the 59th and 60th floors of the tower was believed to be a record asking price for a Vancouver penthouse. That's $10 million more than the $18 million paid by a U.S. businessman for a 48th-floor penthouse in the Private Residences at Hotel Georgia, set to open in 2011.

With the smallest and lowest priced unit asking $1.4 million, many viewed the development as the epitome of the run-amok bubble mindset that has typified a real estate market gone mad.

For Rennie, it is the latest in a growing string of failures that includes the Hills, Jameson House and that 'development-on-government-life-support' - Millennium Water; aka the Olympic Village.

Other developments like Richards on Richards and the Woodwards project are reported to be languishing as well.

It's a far cry from October 2005 when Rennie told the Financial Post Business Magazine, “This isn't a bubble, it's going to go on and on. Vancouver is in a unique position. It makes sense to spend a lot of money on a condo here."

In 2009, as King Midas loses his golden touch, Rennie’s bellicose media quotes have disappeared almost as suddenly as his recent condo developments.

Besides disappearing from the media limelight, could it be that Rennie is the process of bailing out on Vancouver and its 'unique position' as well?

In a recently announced collaboration, RMS will be marketing a huge development on Vancouver Island with TimberWest.

At a news conference in Victoria, Rennie summed up the new development by saying, "It’s not about creating urban centres. It’s about creating real land and real uses for homeowners, whether that’s manufactured home parks or homesteading on one-acre or five-acre developments or farming; we’re going to look at real needs.”

Going to look at "real needs!"

As opposed to looking at what? The superfical, easily manipulated, 'needs' of the urban Vancouverite?

Maybe that can be the new neighbourhood slogan: Yaletown, home of the real estate patsies. 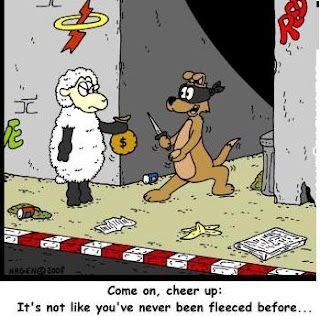