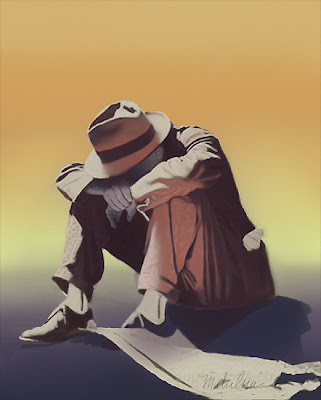 The Village on the Edge of the Rainforest is the poster child amongst Canadian cities for disconnect.

The most poignant example can be seen from the corner of Hastings and Main. Looking north, towards the homes nestled on the side of Grouse Mountain, you gaze upon Canada's wealthiest postal code.

Joining that chasm is the stunning disjoint between Real Estate values and our economy.

Beyond all expectations, Vancouver’s housing market is hitting record sales activities and prices late in 2009.

Against that backdrop Statistics Canada released its labour report for October and advised that the nation lost 43,000 jobs.

Nationally this serious round of recessionary job cuts began a year ago, in October 2008, much later than in most other countries. So far the total number of job losses has added up to 400,000. Slightly more than half of those have come in manufacturing.

In B.C. the bloodletting continues. Another 13,000 jobs vanished last month and most were in manufacturing, education and the trades. The Wet Coast jobless rate now jumps to 8.3% from 7.4% and clearly shows our province is still in grip of the recession.

There are three stages of employment declines undertaken by firms in an economic downturn: 1) initial panic layoffs; 2) “hanging on for dear life” layoffs; and 3) re-positioning for the future layoffs. The final stage is what will predominate for the next several months.

And after February that 'repositioning' will intensify as job losses shoot up when all those people who are working for, and around, VANOC are devoid of a raison d'etre.

But our housing market chugs on as if incomes were being fueled by boom times. Normally Real estate is closely tied to the labour markets, incomes, lending/rates, credit, supply/demand, confidence, etc - but the closest tie is always with the economy and labour markets.

But that tie, in Lotusland, has been severed.

Stimulus and government agencies are allowing people without money to buy homes. CMHC has removed the risk from lenders so that mortgages are available to those who, in other times, wouldn't get them. And the bubble builds ever so dangerously higher.

How long can that disconnect continue? Even the most ardent Real Estate bulls are starting to speak out. Yesterday it was BCREA's Cameron Muir who admits we will have "the slowest recovery we’ve ever seen coming out of a recession."

And it was Muir who said it best; "it's irrational exuberance and it cannot last."

Please read disclaimer at bottom of blog.
Posted by Whisperer at 12:32 AM