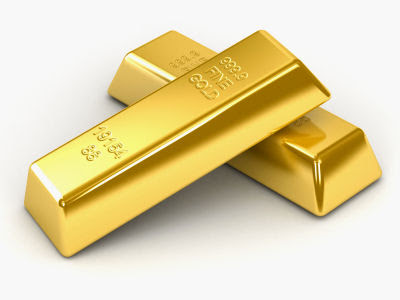 Back on October 30th we profiled Jim Sinclair, perhaps the most successful commodities trader of all time and a frequent CNN and CNBC commentator.

Sinclair is one of those with grave concerns about the US dollar and is an uber gold-bug. He had suggested that the most recent G20 meeting on November 7th was going to be significant.

Specifically BRIC nations wanted to see assurances that quantitative easing would be ending and that the United States would moving to bring it's massive deficit under control. If that didn't happen,

If this didn't happen Sinclair predicted you would start to see moves undertaken by China, Brazil, India and Russia that would start a greater slide in the value of the US dollar.

The G20 came out with a full bore commitment to "maintain support for the recovery until it is assured." That means more deficit spending and easy monetary policy around the world. Terrance Corcoran of the Financial Post calls this the "G20's greatest ever roll of the economic dice".

The immediate impact saw the US dollar drop some more. To the right you will notice that we have added a US Dollar index graph from kitco. It has long been held that the 75.0 mark on the index was a dangerously low point for the dollar. Yesterday the index dropped to 74.8 and is now hovering back around 75 again.

Meanwhile it caused a jump in the price of gold to record setting highs of over $1,120 an ounce.

Today, analysts on CNN and BNN were predicting gold to reach $1200 before the end of next month.

The reason? The bugs believe the United States wants gold dismissed as an instrument of monetary value. In it's place the US would prefer to see nations (and individuals/companies) plunk their money into US Treasuries.

Earlier this year the IMF pre-announced sales of 400 tons of gold. The belief was that this would hit the market and cause the gold price to plummet. The speculation was that the only nation interested would be China and that they would simply snatch up the first offering of 200 tons.

But in a surprise turn of events, India bought those 200 tons one month after it went on the market (a record quick sale) and it is appears they sold US Treasuries in order to do it.

This has had a stunning impact on the market.

It is no secret that many emerging countries want to buy the IMF gold in order to raise their status in the community of nations and diversify their holdings out of the declining US dollar.

Sri Lanka joined the cast of nations seeking a safe haven and bought gold for their reserves in the open market. Both the India and Sri Lanka purchases were at prices above $1,000 per ounce.

The purchase raises India’s gold holdings to 6% of their reserves from 4%. China’s gold percentage to total reserves is lower than India’s.

It seems that a trend has started where many other nations will buy up any gold offered by the IMF or other central banks at market prices, and shy away from the purchase of US Treasuries.

If they do, analysts expect the price of gold to rise much higher to accommodate a rise to 10% in India and China’s gold reserves. China mines a great deal of gold internally. If they decide to hold their domestic production to add to their reserves as Chinese financial figures have suggested they do, we could see gold move to much higher prices.

And as more money moves toward gold, there are less funds available for US Treasuries.

Yet another sign that significantly higher yields are going to have to appear at some point.

And higher yields on US Treasuries mean higher mortgage rates for the average homeowner.

Please read disclaimer at bottom of blog.
Posted by Whisperer at 12:03 AM