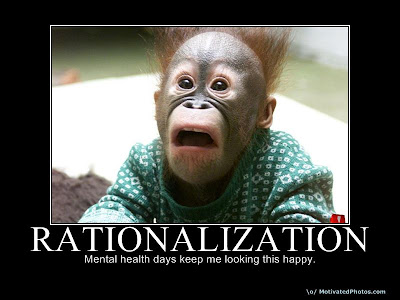 Despite the fact that mainstream media, leading economists, bank presidents and the Governor of the Bank of Canada are now taking notice of the irrational way the Canadian housing market is 'reinflating', there are still those who vehemently seek to justify what is going on.

It doesn't matter that prices are hitting an all time high in the middle of the greatest recession since the 1930s. Nor that the current rate of double-digit price increases are coming amidst rising unemployment and within an economy that is otherwise contracting.

Certainly not to the likes of Bank of Montreal's Michael Gregory.

Gregory is adamant that there is no evidence that low interest rates are pumping a domestic housing bubble.

“The record surge in resale volumes reflects unleashing pent-up demand,” Mr. Gregory said in a research note. “From mid-2007 record highs (just before the global credit crisis began) to January lows, existing home sales plummeted 42%, with the majority of the decline occurring during the four months after Lehman Brothers' bankruptcy,” he wrote.

“Discretionary and big-ticket purchases of all types were postponed in the post-Lehman panic, creating an abnormal amount of pent-up demand... Once the panic subsided, pent-up demand started to unwind, pulled by record low mortgage rates, cheaper home prices (around 9% on average), and an emerging sense among consumers that the worst of the recession was over.”

Alrighty then. So it's a booming rebound and not a bubble then?

“The rapid-fire rebound in Canadian housing is showing no signs of letting up,” Mr. Porter said in a note to clients. “While that may be causing some sweaty palms among bubble-phobes, the quick turn is a vivid illustration that monetary policy still works in this country.”

So here we are in the midst of a year when the average price of home resales rises by more than 20% despite the fact that overall inflation is sitting at less than 1%.

And these guys insist that it isn't a sign that something is dangerously wrong - but that it's just a reflection of 'effective monetary policy'?.

In psychology and logic, rationalization is the process of constructing a logical justification for a belief that was originally arrived at through a different mental process. It is a defense mechanism, in which perceived controversial activities are explained in a rational or logical manner to avoid the true explanation of the behavior in question.

And that's all this malarkey is... deceptive rationalization employed as a defense mechanism.

Have I said this is going to end badly?

Please read disclaimer at bottom of blog.
Posted by Whisperer at 9:25 AM