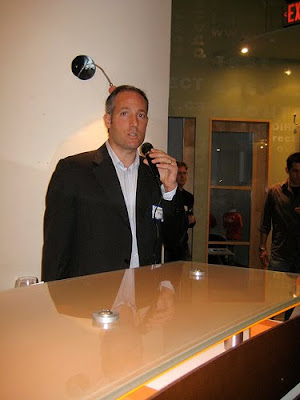 Aceto made several candid statements and - perhaps even more astonishing - acknowledged that his comments will likely not be popular with money lenders since he is also in the business of selling mortgages.

Aceto said the current low interest rates have caused some Canadians to act "irrationally" in the housing market, potentially taking on too much debt that could lead to economic difficulties down the road.

You may recall back in September, Scotiabank economists Derek Holt and Karen Cordes said, in a research note, that "lenders have been scrambling to get enough product to put into the federal government’s Insured Mortgage Purchase Program over the months, and that may have translated into excessively generous financing terms"

Aceto followed up on this theme and said, "we shouldn't be interested in just selling mortgages to get our numbers up for the next quarter."

The concern, as Aceto noted, is that more than 50% of all mortgages in Canada this year were amortizations longer than the standard 25 years.

Buyers take on those long amortizations for only one reason: it allows them to borrow far more than they probably should and leaves them highly vulnerable to catastrophe when interest rates inevitably rise.

Aceto acknowledges this and says he is worried that some consumers are biting off more than they can chew.

As this blog has said all year long, the stage is being set in Canada for a US-style real estate implosion because a great many Canadians have taken on massive mortgages and will be forced to default when the catalyst of rising interest rates kicks in.

Aceto drew on his own California experience to concur with this sentiment.

Aceto's former job at ING was chief risk officer and he spent two years in California during the height of the real estate bubble there. At the time he felt that Canadians would not be as extravagant or recklessly wasteful as their American counterparts.

But when he arrived back in Canada he was surprised to see that some consumers were acting in a similar way.

"Canadians have been proud internally that we're very different than the Americans in the way we behave in terms of our spending habits and the way we deal with credit. But over time we have become a lot closer than we think," said Aceto.

"It's almost as if [consumers] feel very concerned they are missing something with such low rates," said Aceto. "The problem is: can they afford to pay for their mortgage five years from now, when interest rates go back up?"

Aceto joins a growing list of financial community heavyweights who are starting to publically take notice of this issue.

Last week CIBC World Markets senior economist Benjamin Tal told the Toronto Star that consumers are "blinded" by low interest rates. Before that Bank of Canada Governor Mark Carney expressed concern that he may have to 'intervene' in the mortgage market because lenders and borrowers were not being 'prudent'.

Peter Aceto, however, is the first bank president to express concern over the housing market.

Seems the fretting about the future of real estate in Canada with the prospect of rising interest rates is no longer simply a fixation of 'negative bloggers'.

The truly unfortunate thing, though, is that the ultra-low interest rates of 2009 - interest rates slashed as part of a desperate attempt to protect and re-inflate real estate asset prices - will ultimately just intensify the collapse, wreaking far greater havoc on asset prices than if the market had been allowed to correct on its own.