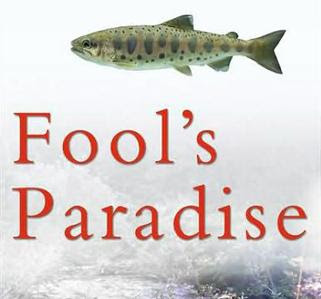 When all is said and done, the story of Vancouver Real Estate at the turn of the millennium is going to make for compelling reading.

Caught up in the world-wide flood of liquidity after the dot-com bust of the late 1990s, the Village on the Edge of the Rainforest saw it's real estate values skyrocket in tandem with the bubble conditions that engulfed rest of North America.

But the lessons of the bubble folly, currently being hammer home in the United States, are lost in the land of the maple leaf - and particularly on the left coast.

As Americans wallow with 25% of mortgage holders in an underwater postion, Seattle is discovering that most of the homeowners facing underwater mortgages financed their properties between 2005 and 2008 and used adjustable-rate mortgages.

The only reason our nation is not awash in a similar disaster is because our nation has effectively forstalled the real estate collapse.

The warnings and dangers of the housing meltdown are there for everyone to see. The Canadian situation is not too far removed from the fate befalling our American cousins and that realization is gaining acceptance on a daily basis in our mainstream media.

Even the Governor of the Bank of Canada now issues warnings to Canadians that they need to wake up and smell the coffee regarding the impact of looming interest rates.

But are Canadians getting the message? Are they using the opportunity to secure and save themselves from the inevitable pain that looms on the horizon?

Last week, in Toronto, we read in the national news about the return of condo lineups and buying frenzy's.

Just to demonstrate that Vancouverites can be just as brain-dead as their eastern contemporaries, the gullible have returned to their foolhardy ways and lined up for hours in a downpour on the weekend to get first dibs on pre-sale condo units being sold at "The Mark" by Onni, a new tower in Yaletown.

"We're blown away by the turnout," said an Onni rep as about 50 investors scrambled around a model of the building in the pre-sales centre.

All of this comes as the global debt and credit crisis continues to haunt developments in former real-estate hotspots like Dubai in the United Arab Emirates,

And in move that clearly demonstrates just how scared officials are about the fallout from stunning announcement of a de-facto default on the Dubai World development, the UAE has blocked distribution of the U.K. Sunday Times newspaper today due to its coverage of the Dubai debt crisis

Cam Good of the Onni Group said on Sunday that Vancouver is back in boom times. "The [real-estate] strength in Vancouver is unlike anything in the world," Good said.

Yeah... but that's exactly what they said about Dubai.

Daily its proven that we are living in fool's paradise.

Please read disclaimer at bottom of blog.
Posted by Whisperer at 2:39 AM