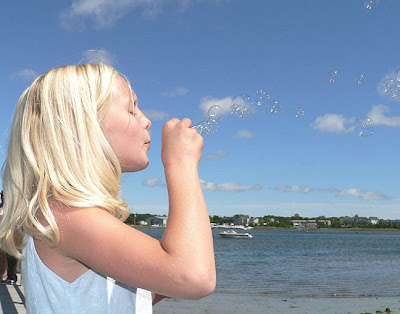 Scanning the worldwide news clippings today, the main topics of interest are Gold, the US Dollar and Interest Rates.

Early last night Gold spiked to $1,140 US per ounce and the Dollar index dropped well below 75.

In the wee hours of this morning, the Dollar index is back up and Gold hovers at $1,130.

The stock market was up again yesterday as US Federal Reserve Chairman Ben Bernanke gave no indication that he would take actions to back up his stated preference to promote the Dollar.

It seems almost unanimous that the market's recent upswing has all been about a weak dollar and ample liquidity.

But there seems to be a fine line being walked here.

"A steep slide in the dollar would be the death knell for the great reflation engineered by the Fed. But the Fed chairman's concerns about the currency's current level are not yet serious enough for him to abandon his interest-rate policy," said Jean-Baptiste Pethe of Exane BNP Paribas.

Ahh, yes... that's what they are calling it now. The Great Reflation.

It brings to mind this interesting quote from Benjamin Anderson, Chief Economist of Chase National Bank published in the New York Times on April 1930:

“Cheap money is a stimulant, also an intoxicant. If the dose is large enough, a substantial temporary effect can be brought about, but headaches follow. If the matter really were that simple, everybody could be an economist, and only the perversity of central banks would keep us from endless prosperity. Merchants and manufacturers will not be induced to increase borrowings, since interest on money borrowed is only one small factor in total costs. But if merchants and manufacturers will not use cheap money, speculators will.”

And that's what's driving the Great Reflation... speculators who are using the cheap interest rates to their advantage.

The money that got pumped into the US economy by the Fed over the past year didn’t get anywhere near “merchants and manufacturers” or small businesses that are now the backbone of the US economy.

Speculators are borrowing at 0% plus or minus short term, and are “playing/gaming” the stock market with much of that money.

One of the bubbles forming again is in oil prices. So perverse is the emerging scenario that you have the US taxpayer advancing money to speculators so they can game the oil market so that US taxpayers must pay more for oil (!).

San Francisco Fed President Janet Yellen made an interesting comment on Tuesday in Hong Kong. She opined about whether monetary policy should be used to lean against "potentially dangerous swings in asset prices. The answer is far from clear, because the use of monetary policy for these ends necessarily compromises the attainment of other macroeconomic goals."

It would appear those 'other macroeconomic goals' involve around creating new bubbles to get themselves and of our current hole - a hole dug by the creation of the 2001 - 2006 bubble.

But how long until it becomes necessary to move to defend the Dollar by dramatically raising interest rates?

Please read disclaimer at bottom of blog.
Posted by Whisperer at 3:14 AM

Email ThisBlogThis!Share to TwitterShare to FacebookShare to Pinterest
Labels: Bubbles, US Dollar, US Federal Reserve