Only a matter of time... 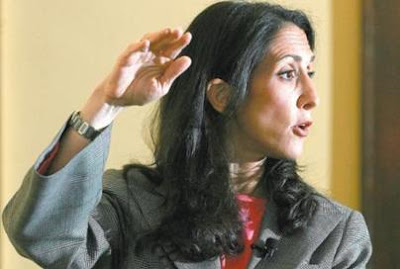 With each passing week, more and more investment professionals are warning that it is only a matter of time before interest rates rise.

Myers is reminding investors that interest rates have already risen in countries such as Australia and Norway and more will follow in the next six to nine months, starting with Asia. The picture is less clear in North America, but most experts believe it is only a matter of time before rates rise in the United States. When they do, Canada's would soon rise in sympathy.

But now Meyers and her firm are publicly warning the 30-year bull market for bonds may be over.

Joining the chorus is AlphaPro Management Inc. president Ken Mc-Cord. In his firms newsletter, The MoneyLetter, he warns, "The end of a 30-year bull market in bonds is near. It's time to prepare."

For three decades, bonds seemed to go only in one direction -- up -- with minimal volatility or nasty surprises. The idea of bonds as a safe harbour "is about to change." McCord says.

The problem is we have had such low rates for so long now that the average Canadian seems completely unable to fathom the seriousness of these warnings.

Please read disclaimer at bottom of blog.
Posted by Whisperer at 11:31 AM