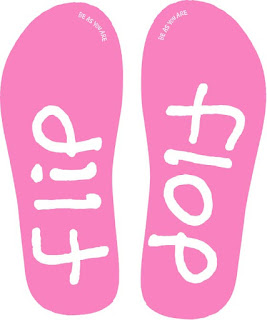 Was it only last month, on September 5th, 2012, that everyone's favourite industry shill Tsur Somerville was trotted out to declare prices would not come down!:

If fact it was just after this, on September 14th, 2012 that Somerville came out and tried to halt all concerns and worries about a possible collapsing of prices by infamously declaring you can't burst a bubble that isn't there.

So no lower prices then?

What a difference a month makes.

So much for remaining flat.  As noted in the Province article:

“As home sales continue to plummet in Vancouver, it wouldn’t be surprising to see 10-per-cent price declines next year." That’s the view of University of B.C. real-estate economist Tsur Somerville, who was asked to respond to new market forecasts released by the B.C. Real Estate Association.

So what is this forecast from the BCREA that has changed Somerville's outlook?

On Tuesday, BCREA chief economist Cameron Muir said tighter mortgage rules implemented by Ottawa this summer triggered a 20.5-per-cent drop in Vancouver home sales, in a market that was already softening. The plunge in sales will cause a six-per-cent price decline in Vancouver’s average home price, Muir said, to $734,000. The association sees sales rebounding by 13.7 per cent in 2013, but predicts prices will slide by another two per cent, to $720,000.

So prices will slide but sales will rebound?

Hmm... sounds like another prediction to be revised at a later date to me.

The best quote from the article is this one:

These declines should be seen in the context of unrealistic gains in 2011, Muir said.

Unrealistic gains in 2011. Quick... search those BCREA monthly market reports. Does anyone recall the BCREA proclaiming "unrealistic market gains" at any time in 2011?

But don't worry, homeowners, Somerville hasn't abandoned the flat prices theory.  You assets might fall 10% in value next year, but:

As for Cameron Muir, he wants to disuade all those bargain hunters sitting on the sidelines:

Right now, buyers seem content to sit on the sidelines in Vancouver, but people expecting to win massive discounts a few years down the road will be disappointed, Muir says. “We don’t see a recession on the horizon, and we don’t see interest rates going up any time soon, so what kind of financial calamity is going to happen in Vancouver to get people to sell for 75 cents on the dollar?” Muir asked.


Please read disclaimer at bottom of blog.
Posted by Whisperer at 1:47 AM