Will the Real Estate market recover like it did in 2009? 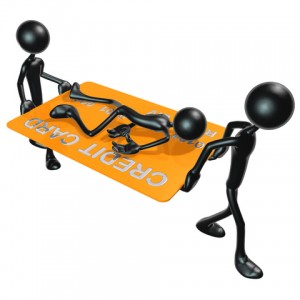 Last night I was having a discussion with a co-worker about the current real estate market downturn.

He wanted my opinion on whether or not we might see a market rebound like we saw in 2009? Naturally I told him I don't believe the market will rebound this time.

I took him through the logic.

Between August 2008 and March 2009, the average home price fell by 8.5% according to the Teranet-National Bank House Price Index. The decline was sparked by the 2008 financial crisis. But by November 2009, the market had already recovered.

What allowed things to recover?

A large part of the reason for the quick rebound was massive government intervention.

The Bank of Canada moved fast to slash interest rates to unprecedented lows, allowing banks to continue lending to businesses and consumers.

The federal government established a $125-billion program to buy mortgages it had already insured from banks and financial institutions, providing even more liquidity. Ultimately the Fed's bought mortgages worth a stunning $69.4 billion.

The Bank of Canada and the Federal Government did this because they were gambling that what was happening was your garden variety severe recession.

But this isn't a normal recession.  We still do not fully appreciate the breadth and depth of what is going on. What we are experiencing is a one-in a multigenerational crisis, one that will probably last up to 15 years.

The Federal Government and the Bank of Canada have started to recognize this.  Mark Carney has sounded warnings and alarms so often over the past year that some have begun to tune him out as you would the infamous little boy who alway cried wolf.

But the time has come for more than just warnings. And the government is scrambling to de-engineer what they started.

Demographia, an urban planning research firm and consultancy in the U.S., argues that prices become unaffordable when they exceed three times income. Canadians seized on the government intervention from 2008 and have managed to increase the country’s household debt to personal disposable income ratio to a record high of 163%.

Carney and Flaherty know this cannot continue.  The economy is not about to recover adequately anytime soon which means incomes cannot rise to deal with the record high debt.

And that debt is of massive concern.  Because of that concern, there will be no intervention by the federal government this time around.

So what will happen?

First off, you have to understand house prices are at the level they are because of government policy - not because they are 'worth' these values.

The housing market in a precarious position: we have a massive gap between prices and incomes, worsening affordability, and an indebted nation of homeowners unable to withstand economic shocks.

The federal government has no choice but to continue undoing  the mortgage changes that facilitated the boom. To avoid it would be extremely irresponsible... and they won't change course.

Most Canadians simply do not appreciate just how artificial our housing boom is and what this change in thinking by the government means for house values.

Consider how we got here:
All of these were exacerbated by the emergency actions taken during the financial crisis.

As we mentioned earlier, the Bank of Canada moved fast to slash interest rates to unprecedented lows, allowing banks to continue lending to businesses and consumers. The federal government established a $125-billion program to buy mortgages it had already insured from banks and financial institutions, providing even more liquidity. Ultimately the Fed's bought mortgages worth a stunning $69.4 billion.

We have reached the upper limits on how current incomes can be levered into higher and higher debt loads. Worse... the limits are being reversed denying many access to the ability to take on those upper level debt loads.

More significantly... there is less room to manoeuvre on other policy tools.

The overnight rate is now 1% compared to 3% in August 2008. Cutting rates to stimulate the market is hardly an option. Banks have less flexibility, too. A five-year fixed rate mortgage is roughly 3.8% today, down from 5.7% in late 2008.

Finally the argument that that foreign investors, predominantly wealthy Chinese citizens, are buying property here because Canada is a safe haven in a turbulent global economy and that this will defend the strength of the housing market is being shown not to be the salvation many once thought it was.

The credit spigot that has allowed so many Canadians to buy homes at boom levels is being turned off.

Sales activity has slowed down and prices responded by initially plateauing and now they are beginning to fall.