Are Vancouver homes starting to melt below assessed value like they are in Richmond? 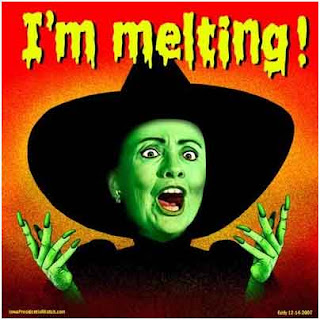 On Wednesday we showed you more million dollars homes in the Vancouver suburb of Richmond selling for below their government assessed value (by about 25%).

Richmond, along with the City of West Vancouver and the west side of the City of Vancouver, had for years been HAM (hot asian money) hotspots.

So it begs the question that if values are melting in Richmond, how are things going in Vancouver right now?

For a summary of market conditions, let's check in with realtor Andrew Hasman who reminds us in his October Update that "the media always seem to be somewhat behind what is really happening on the front lines," which is interesting because the media 'experts' have been insisting the market is flat right now.

After several months of slowing sales and increasing supply the new media have made it official. That Vancouver’s Housing Market is now officially slowing and it’s a “Buyer’s Market”.

September sales activity (on the Westside) continues to remain at levels not seen since the late 1990’s. We now have over 12 month’s housing supply and home prices were down (on average 6% ) in September this year’s verses last year.

This all being said, a correctly priced home that presents well will still attract offers and a sale within 30 days. There’s a lot of supply and choice for buyers right now. It’s critical for sellers to make their home stand out from the crowd. Pricing and Presentation is now more important than ever.

Here’s how the numbers stack up:

Westside Single Family Homes: During the month of September there were 86 homes sold compared to 104 last September. Year to date the sales are down by 39% from 1683 homes sold in 2011 to 1013 sold this year.

Dismal numbers, to be sure.  Months of supply up from 7.91 to over a year!

But as Hasman says, a 'correctly priced home' will sell in this market.

Perhaps this house at 3888 W. 30th Ave in the prestigious Dunbar neighbourhood will give us an idea. 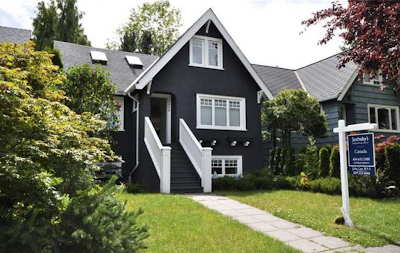 Described in the realtor listing as a custom built, 2,548 square foot, 5 bedroom home, it has a sunny south facing backyard and is billed as being close to the best private and public schools (Lord Kitchener, Lord Byng, and one block to St. George's).

The property sat on the market for just over three months during which the owners cut their asking price to $1,640,000.

That's 15% below the original asking price and 12% below assessed value.

Is this what market shills like Tsur Somerville mean when they say the market is 'flat'?

(Hat tip to Lurker on VCI)