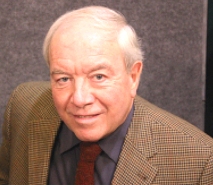 Meet Bob Hoye.
He is Editor and Chief Investment Strategist of Institutional Advisors, an independent financial market forecasting firm, and a frequent guest on a local Vancouver radio investment show 'Money Talks' with Michael Campbell.
Hoye gained some local fame when, in October 2007, he appeared on 'Money Talks' and told listeners that it was time to take advantage of a once in a generation market dislocation. Hoye boldly predicted that "a credit tsunami the likes we haven't seen in generations is about to hit."
A few days ago Hoye was back on 'Money Talks' with some additional advice that included some thoughts on real estate and gold.
Hoye was very clear that he believes we are now at another critical point in the markets and that its now time to either save your capital and get out of the way, or make some money.
Hoye thinks that there is no way that the Federal Reserve or other Central Banks around the world can overcome the Worldwide deflationary pressures we currently face.
His opinion is that there will be no inflation as "the credit contraction is, and will continue to overwhelm interventionist Central Bankers who are not issuing credit that pushes prices up".
Why? Bond vigilantes in a word.
As the Central Banks in Italy and Spain have found out they have to raise interest rates on their bonds to attract investors, and when interest rates rise Governments and businesses alike "cannot service the debt that is out there".
Worse Hoye sees that the the latest recovery from March of 2009 "in North America is rolling over, probably as we speak. Its already dead in Europe where they've had two quarters of negative GDP growth which defines a recession, and also perhaps really slowing down in China which shows up in your basic commodity prices."
With the economy contracting there is "nothing that government economists and Central Bankers can do to issue credit that is going to overwhelm the natural tendency for credit to contract."
What does Hoye think this all mean to today's investors?
1. Real Estate:
In short Hoye thinks that real estate is not going to recover in this post bubble economy. Worse, very high real estate in places Vancouver are going to experience a fall in pricing like US Real Estate. Hoye points out that after the 1980 boom the British Properties in West Vancouver and and high end properties in Toronto fell to 1/3 of their 1980 highs. Hoye cites history to support his post bubble real estate argument by looking back to a farm price index after the 1873 bubble in England. That index of farmland values hit 58 at the height of the bubble in 1873 then fell consistently for the following 20 years down to 38. In other words it was just a long bear market in land values after a typical post bubble economy.
2. Interest Rates:
Hoye thinks interest rates will remain low as long as confidence remains in the North American sovereign debt market."You have this oddity in the US of 10 year notes at less than 2%, and the only way I can explain these low interest rates is that in a post bubble crash the serious money that's still around goes to the most liquid items and that is gold, and it also is treasury bills in the worlds senior currency which is still the US Dollar. So its not the Federal Reserves policy to lower interest rates, its a post bubble condition that short rates fall".
3. "The Gold Market is Extremely Oversold"
Hoye is a strong proponent of buying Gold Stocks. "Just looking at the Gold Shares now, we have an index in Gold Shares going back to 1900 and there has been only one other time were it has been this oversold and that was in 1924. So one could say that this is about the most oversold you can get, and our advice on Gold Shares a few weeks ago is that people should be accumulating good quality Gold Shares into weakness. It might take another week to set the low in here, but then the performance out of this oversold should be rather good. I am content buying either good exploration stocks where you know the story, or some of the senior Golds or Gold share ETF's".
The most interesting part of the interview for me was Hoye's comments about real estate.

"very high real estate in places Vancouver are going to experience a fall in pricing like US Real Estate.... after the 1980 boom the British Properties in West Vancouver and and high end properties in Toronto fell to 1/3 of their 1980 highs."

Please read disclaimer at bottom of blog.
Posted by Whisperer at 11:48 PM