The media says... HAM is "fizzling out" 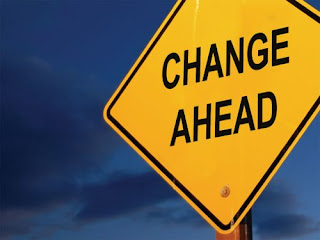 So I was sitting in a cafe near Canada Place this morning with a group of 'friends of friends' who had just finished running the Vancouver Marathon (or in their case... the half marathon) and the topic turned to real estate.
One astute member for the 'friends of friends' clan was explaining to a colleague about why downtown condo prices, which have been falling recently, will continue to fall.
Our table was long, but my ears had not deceived me. The bear case was being eloquently laid out!
Listening in, my heart shone as this learned individual explained the current market dynamics.
It wasn't long before your faithful scribe chimed in about the impending OSFI changes to LTV mortgage renewals to complete the discussion when he turned and said, "ah... so you know all to well what's going on!"
Indeed... and clearly I'm not alone as one glance at the weekend papers indicate enlightenment isn't just occurring in local cafe's.
For several years now this, and other blogs, have ruminated that the phenomena of HAM (Hot Asian Money) was not a panacea to the everlasting inflation of our housing bubble.
And as the Spring market fails to materialize, it becoming very evident to all that Chinese buyers are not going to save the market.
It's so evident that even the local newspaper columnist Frances Bula is now writing about it.
Bula writes that the:

"boom of sky-high prices for Vancouver west-side houses – one that provoked media around the world to claim with scant proof that mainland Chinese investors were buying up the city – is fizzling out."

Bula notes that a house in the 3000 block of West 24th Anenue, first listed at near $4.5-million six months ago, sold on April 15 for $3.35-million, over $1 million chopped off the asking price.
Fresh statistics from the Greater Vancouver Real Estate Board show the number of sales on the west side is down by nearly 40% for the first four months of the year. Only a third of the nearly 400 homes listed in April have sold – one of the lowest rates in the region.
And Bula quotes west-side realtor Marty Pospischil, who specializes in selling single-family homes owned by long-term residents, who says that last year, 90% of his 100 house sales were to “offshore buyers”. This year, it’s less than a tenth of that.
Pospischil also noted:

The reason?
In addition to the lack of money flowing from China, there is another factor hitting sales hard.

“Banks are now requiring borrowers to disclose incomes and assets before mortgages are approved, as of the last six weeks.”

Meanwhile Bula quotes another west side realtor, who specializes in single family homes. He notes:

“I always thought that market was not sustainable. Every local person was juiced out of the market. The average household income on the west side doesn’t support those prices.”

Wow!
Not that we haven't been saying the exact same thing.
But to see these types of headlines coming from mainstream media in the Vancouver real estate scene, it tells you this is a market in trouble.
For if HAM is evaporating, mortgage rules are tightening and local incomes can't support the current bubble prices; it means there is only one way the market can go.
As long time residents painlessly slash $1 million dollars off those sky high prices for homes they only paid $60,000 to $80,000 for back in the mid-1970s, you have to wonder how long before the free-fall in prices starts?
==================

Please read disclaimer at bottom of blog.
Posted by Whisperer at 11:50 PM