That's not a bubble... this is a bubble! 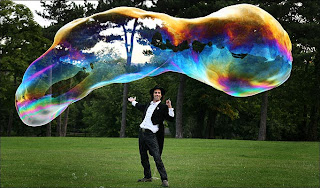 Vancouver is regarded as the most bubblicious real estate city in North America right now.
Annually it vies for the top or second spot as the most unaffordable city in the world. But if you think we might even get some twisted respect for that, think again.
Another bubblicious city in the world is Sydney, Australia.
And a nearby resident of Sydney is John Hempton. Hempton writes a blog named after the company he works for called Bronte Capital.

According to his bio, Hempton is the Chief Investment Officer for Bronte and comes to the firm with extensive experience in global markets via Platinum Asset Management - an Australian based global asset management fund. He lives and works in Bronte, New South Wales. 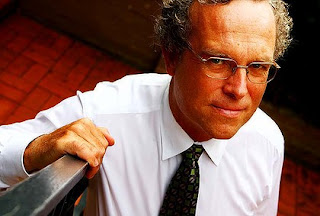 After visiting the left coast of Canada, Hempton has this insight about our real estate situation he would like to share with Vancouverites: "That ain't no bubble."
From his May 19th, 2012 post...

I have just returned from visiting relatives in Vancouver. I mostly stayed in West Vancouver with my retired aunt and uncle but also stayed in outer-suburban areas with my police-officer cousin.
I was looking for a bubble - after all Vancouver is a notorious property bubble - but - speaking as someone from Sydney I could not see one. Everything was so cheap. Houses especially. Cars too.
A Mountie and his drug-rep wife had a material standard of living that would match a partner in a second tier law firm in Sydney. House prices seemed impossibly low.
The only place where my material standard of living was markedly higher than the outer Vancouver middle class was that I have a decent surf beach locally and the local restaurants and coffee shops are much better in Sydney. Also alcohol is cheaper in Sydney - which is in part taxes and in part protection. (Alcohol is much cheaper in parts of the USA.)
To offset the beaches and restaurants, my cousins had a ski resort up the hill. And food (other than dairy) was cheaper. Quality was high. Dairy seemed to be another industry-protection issue.
And housing was much cheaper and much higher quality.
I remember thinking that Sydney was in a bubble when it got as expensive as Vancouver now is. But then housing prices doubled. After that they seemed to drift upwards.
I have given up predicting the end of the Sydney property bubble. It will happen. It feels like it might happen now. But it has felt like that before. And before that. And before that.
I would rather be short Sydney property than long it (though my wife might object). And that stance has cost me money in the past.
There is a scene in Crocodile Dundee where a New Yorker pulls a switch blade on Dundee. He pulls out an Australian bush knife which is far more impressive. 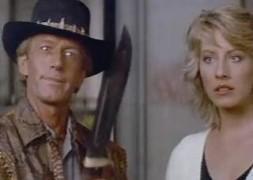 That is how I felt about Vancouver. You call this a bubble? I am an Australian. I can show you a bubble. Vancouver - that is just kids having fun.


Many Vancouverites will share your frustration with the bursting of the housing bubble, John.

I really don't know much about what's going on in Sydney except that Australia, like Canada, is still waiting for their bubble to pop.

But if Sydney is that much more bloated than Vancouver, well, then all I can say is... may God have mercy on your citizens.

Please read disclaimer at bottom of blog.
Posted by Whisperer at 7:30 AM