Tuesday Post #2: Can I get a purchase order # for all the cheese we need? 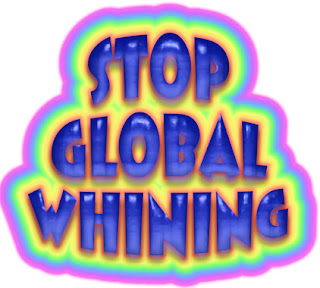 If you've every worked in a large bureaucratic company, you are familiar with purchase orders.  You need them for everything.
Glancing at the world press today, I wonder if I could get a purchase order for all the cheese we need to procure?
I mean... let's face it... what good is all that whine without lots of cheese?
Tonight we start in China.  As the Vancouver Sun notes, home prices are in decline in a record number of Chinese cities.  The decline is no accident. China is engineering a much needed deflation of their housing bubble.

"Prices fell in a record 46 of 70 cities tracked by the government in April from a year earlier as officials pledged to keep restrictions on property purchases that have sapped buyer demand... The Housing Ministry said China will steadfastly continue curbs on the housing market and won’t flip-flop on its policies. This followed a pledge by the State Council, or Cabinet, last month to stick with existing property controls implemented over the past two years, where the government tightened down payments and mortgages, and imposed restrictions on the number of homes families can buy.
“The general price trend as a result of developers cutting prices and regulatory environment is continuing this month,” Chris Brooke, chief executive officer for Greater China at CBRE Group Inc., said in a Bloomberg Television interview from Beijing. “The objective is to remove the speculative element from the market."

China has been struggling with an all-too-familiar dilemma... how to prick the speculative housing bubble while helping the general economy.  Thus the China government has been implementing (and maintaining) its housing curbs while the central bank lowers the amount of cash that banks must set aside as reserves, a move the PBOC has done three times since November to boost liquidity and spur loan growth.
Of course the government's moves have been met with wide spread howls of complaint.
And attempts by some of the locals to circumvent the federal government's moves have been quashed. Wuhu in Anhui province and Foshan in the south in the past six months have tried to lift local property curbs. Both locales had their efforts halted within a week.
"Prices haven’t fallen low enough for the government to relax the property policies," said Zhang Zhiwei, Hong Kong-based chief China economist at Nomura Holdings Inc.

Whining about government attempts to deflate the housing bubble aren't restricted to China.
On this side of the Pacific, the Government of Canada is also trying to find a way to deflate the Canadian real estate bubble while still assisting lending for the broader economy.
One of the Fed's key strategies in doing so appears to be shaping up in the new regulations being proposed by the Office of the Superintendent of Financial Institutions (OSFI).
Among the host of proposed changes to the regulations governing Canadian banks are rules that would require that banks recheck areas such as employment status, current income and the current value of the home for mortgage renewals and refinancings.
“This would be a significant, significant change,” Jim Murphy, the head of the Canadian Association of Accredited Mortgage Professionals (CAAMP).
So concerned is CAAMP about the impact of the changes on it's self interest that the professional association has launched it's own organized media whine campaign.
The OSFI unveiled the proposed new rules in March and requested submissions from the real estate industry as part of the government process of consulting with state holders. A significant number of submissions from trade associations, lenders, insurers and the brokers as well as private citizens have been received.
OSFI is still reviewing them and hopes to release final rules by the end of June, along with a summary of the submissions and the reasons for its decisions.
But CAAMP can see the nuances of the political back room process at work. The OFSI proposed changes were released after the Financial Stability Board, a global financial oversight body, called on all regulators to ensure mortgage lenders were adhering to certain underwriting principles.
And with Ottawa seeking to prevent a runup in Canadian house prices from leading to a crash, it's clear you can see the hand of the Conservative government behind the proposed OFSI guidelines which go a bit further.
CAAMP has clearly launched it's counter offensive to try and stir up the general public in an attempt to influence pressure on the government to back off.
With the June deadline rapidly approaching, expect the level of whining to increase exponentially.
Cheese anyone?
==================

Please read disclaimer at bottom of blog.
Posted by Whisperer at 10:37 PM