Are the swirling winds of change blowing towards a Nexus point? 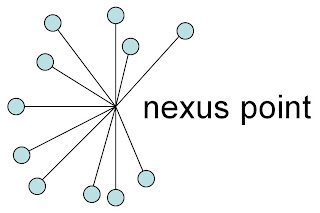 HAM... or Hot Asian Money... has been a prominent feature of our real estate bubble.
As China pumped more stimulus money, per capita, than the Americans into their economy a huge bubble has been blowing.
One of the benefits has been China's real estate.
Buoyed by inflated real estate values, wealthy Chinese have extracted equity and utilized equity to leverage real estate purchases overseas. And Vancouver has been a primary beneficiary.
But what happens when the bubble begins to burst?
One of the first consequences is the access to easy money disappears... and with it the free flow of money to locales such as the Village on the Edge of the Rainforest.
HAM is basically AWOL in the Vancouver Spring Real Estate market and all indications are the situation in China is worsening.
Mish Shedlock noted on his blog yesterday that the Real Estate Crash in China is Underway.
Citing an excellent report (China Real Estate Unravels) by Patrick Chovanec, a professor at Tsinghua University's School of Economics and Management in Beijing, Mish notes that Chinese developers, burdened by 70% leverage ratios and loans threatening to come due, rushed to complete projects already in their pipeline, to put those units onto the market and raise cash.
That rush to complete inflated real estate investments, investments that were allegedly up 23.5% in the first quarter.
But other statistics from the report tell the real story.
Chovanec notes:

"Clearly a crash is underway and the Chinese soft-landing thesis is collapsing.
The “resilient” growth in real estate investment that seemed to promise a “soft landing” is not very resilient at all. It’s more like the last gasp of a market that’s running out of steam. Once the surge in completions plays out, the declining number of new starts will become the pipeline, and growth in property investment will flatten or go negative.
Property investment accounts for roughly a quarter of gross Fixed Asset Investment (FAI), and net FAI accounts for over half of China’s GDP growth. As I noted in January, in a back-of-the-envelope thought exercise, if property investment plateaus (growth falls to zero), it could shave as much as 2.6 percentage points off of real GDP growth. If it fell 10% (in real, not nominal terms) it could bring GDP growth down to 5.3%.
At the time I first saw this dynamic in the data, when the Q1 numbers came out, I figured it would take several months to begin playing out. But the April numbers suggest it is already happening.

Chovanec notes if real estate investment drops by 10%, GDP will come in at 5.3%. But what if real estate investment falls by 20% or 25%?
Moreover, why shouldn't it?
The real estate crash in China has arrived and is underway.  The GDP crash will follow shortly.
What comes after that?
After that comes the second consequence for the Village on the Edge of the Rainforest... the panic sale of overseas assets to meet financial demands at home.
All of which is shaping up to hit us just as the OFSI rule changes come into effect.
The swirling winds of change are blowing towards a convergence point that can only be described as the perfect storm combining the Boomer Trigger, the China Trigger and the Speculator Trigger with upcoming mortgage rule changes.
People email me and say my prediction of a collapse in real estate values here of 70-85% is completely unrealistic and they just can't see how it could possibly come to pass.

Please read disclaimer at bottom of blog.
Posted by Whisperer at 12:28 AM