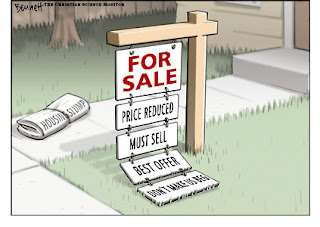 Yesterday we noted how the evaporation of HAM (and with it the strong Spring Real Estate market sales) was finally gaining recognition in the mainstream media.
Even local condo King Bob Rennie chiimed in:

Prominent condo marketer Bob Rennie said the high-end house prices in west-side Vancouver were so out of line with the rest of the region and country that it was skewing people’s perceptions of real-estate increases, not just in Metro Vancouver, but in all of Canada.

The spike in west-side house prices the last two years has provoked intense media coverage – with one Bloomberg News story in late May headlined, Chinese Spreading Wealth Make Vancouver Homes Pricier Than NYC – and debate among residents, politicians and commentators both here and abroad.

Much of it was attributed to “mainland Chinese” buyers, although no one had hard overall numbers to support that. Nor could anyone say whether that group might be 100 or 1,000 people, or whether they were truly offshore investors or immigrants. But that didn’t stop arguments about the need to limit foreign ownership or to tax speculation to prevent the nebulous phenomenon.

A number of realtors said early signs started appearing six months ago that the market was slowing down, but the difference really appeared in early March. There is usually a surge of buying in Vancouver around Chinese New Year, as visitors from China come to see family or friends in the city and often make decisions to buy.

The absence of sales is being magnified by the burgeoning number of listings... a theme we have been tracking with interest in our sidebar.
And the explosion in listings is the early theme for the month of May.
While it is early in the month, the current Inventory increase pace is at a blistering +150 per day.
Over on the blog Vancouver Condo Info, one contributor (who goes by the post moniker 'Inventory') advises that detached home sales year to date on the west side of Vancouver are down a stunning -48%.  On the east side of Vancouver detached home sales are down -38%.
The suburbs aren't faring any better.  South of Vancouver is taking a big hit as well.
In Ladner detached home sales are down year to date -43%. In Tsawwassen they're down -47%. Richmond is down a stunning -53%.
To the immediate east of Vancouver... Burnaby East is down -34%, Burnaby North is down – 42% and Burnaby South is down -46%.
Even the City of West Vancouver is down -52%.
Everywhere it seems listings are soaring and sales are tanking.
Will we see prices start to move?
We have profiled a few examples in the past and hopefully later this week we can show some more.
==================

Please read disclaimer at bottom of blog.
Posted by Whisperer at 11:17 PM