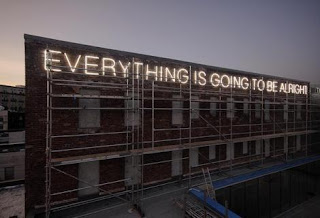 So what if the mainstream media is abuzz with talk of a Canadian Housing bubble.
And yes, articles abound that trouble looms on the horizon.
Sales are tanking.  Listings are soaring. So what's a realtor to do?
Trash all this bubble talk, of course.
Enter Condo King Bob Rennie;

"It’s not a bubble. With the 80% of the [condo] market that traded in [Metro] Vancouver last year, you only needed a household income of $52,800 to purchase. That’s not a bubble story.”

Rennie's comments come courtesy of an interview with the Vancouver Sun following his keynote address to the Urban Development Institute Thursday.
Rennie sees aging baby boomers with billions of dollars in equity becoming a much greater force in the condo market as they increasingly downsize from expensive single-detached homes, and put money aside for their children.
Rather than seeing a market crash as hundreds of thousands of boomers dump bubble inflated single family houses and downsize, Rennie has a different take.
Noting that the number of people between 55 and 64 will increase 38% between 2009 and 2018, those between 65 and 74 will increase 56%, and those between 35 and 54 will only increase by 4.6%, Rennie views this as positive - particularly for his niche focus in condos.

“I believe the leaner, meaner baby boomer is the game changer. Baby boomers are sitting on $88 billion in equity in Greater Vancouver and they’re looking at their retirement years. That equity will be freed up over the next 15 years [and] when they sell their home, they’ll buy down and help their kids.”

Rennie said there were about 19,000 condo sales in Metro Vancouver in 2011, and that while the average price for 80% of those condos was $315,000, the overall average price was $427,000, which required an income of $66,000 to finance.
And, as we noted in our discussion about Marine Gateway, Rennie has a number of big projects coming to market this year... ergo the never-ending sales pitch continues.
Meanwhile our buddy Tsur Somerville, director, centre for urban economics and real estate at UBC's Sauder School of Business, chimes in as well.
He also doesn’t believe there’s a real estate bubble in Metro Vancouver because there’s not an explosion in housing starts.
Somerville says that while the affordability numbers have been skewed by the higher end parts of the market – “there were double-digit increases in Richmond, Vancouver, Burnaby and West Vancouver, with single-digit increases everywhere else” — the region is still very expensive compared to other cities in Canada.

“Compared to other cities, that income [$52,800] gets you a house. Here, it gets you a condo. That means we’re expensive, but that’s the reality of what we are. It’s still an expensive place to live, but it’s not unaffordable. You’ll end up smaller and further away from the core.”

That's clearly what's emerging as the counter offensive theme by the industry right now, a theme which continued over on Global TV.

Adding to the 'non-bubble' message is this treatsie... "just because sales are slumping, don't bank on prices doing the same":

Announcer: “Is the Canadian housing market a bubble ready to burst, or is it steady as she goes? Finance Minister Jim Flaherty is warning Canadians against taking too much debt against the value of their homes, but the latest report from the Canadian Mortgage and Housing Corporation is dismissing those fears saying there is no clear evidence of a real estate bubble.”

Tsur Sommerville: “There is clearly a slowing down in the market you see an increase in the number of listings, drop in sales, all things that create less pressure on the market.”

Announcer: “According to the Real Estate Board of Greater Vancouver home sales were down 19% compared with this time last year.”

Helmut Pastrick: “The comparison to last year was heavily influenced by the change in the federal government’s mortgage insurance criteria which pulled forward a large number of sales into early 2011. So we’re comparing that high point to activity so far this year.”

Announcer: “But don’t get too excited, even though sales are down, home price indexes show a 4% increase in the price of a home in greater Vancouver. … The message to buyers, the economy is in reasonable shape, there’s a lot of supplier there, and interest rates are low. So just because sales are slumping don’t bank on prices doing the same.”

Tsur Sommerville: “We don’t have a sort of financial environment where people are looking at major financial corrections, you know, double digit increase in interest rates, or, you know, huge tightening of liquidity, that just doesn’t seem to be on the horizon, you know, to expect across-the-board 10%, 15%, 20% drop in house prices, I think that being rather, er, hopeful, for a buyer to expect that.”

The message is clear. Don't be deceived by slumping sales and burgeoning listings. Prices aren't coming down so stop waiting.

Now is the time to buy. What are you waiting for?

Please read disclaimer at bottom of blog.
Posted by Whisperer at 10:44 AM