China: Something is amiss. 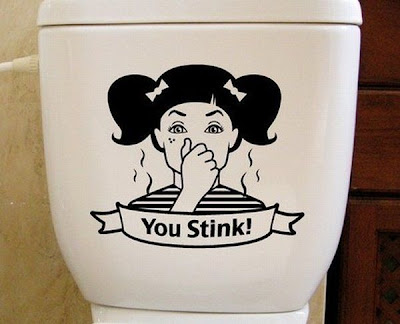 I continue to be amazed at all the hype about China. Article after article seems to hail it as the ‘miracle economy' that has decoupled from the rest of the world.

China, it is said, is growing at 8% per year while the rest of the world is mired in the worst recession since the 1930s.

As we have already posted here, the Chinese stock market is bloated by massive re-directed stimulus and is in a greater bubble than our own markets. How large is that stimulus? China is spending $586 billion US which is proportionally nearly 3 times as much as the United States.

Any of that money that is not being funnelled into their massive market bubble is being spent on infrastructure. The Chinese are doing what the Japanese did before them 10 years ago. Japan bailed out its banks and spent trillions on infrastructure. There were years when little Japan was pouring much more cement than the entire USA. – channeling rivers, building bridges to nowhere, and creating highways for no one.

And what did the Japanese get for their money?

Well, you could say they got a lot of infrastructure…and the most cemented–up country on the planet. Is that a good thing? I can tell you one thing they didn’t get: durable economic growth.

Speaking of economic growth, it continues to look more and more like China's economy is nothing but a fraud.

Chinese officials have a funny way of counting. When products are shipped from the factory, for example, they are counted as ‘sales’ even though no one may actually buy them.

Yet report after report in North America regurgitates the official statistics to tell us that China’s economy is supposedly growing at a breakneck speed.

Look beneath the surface and evidence seems to suggest China isn't really growing at all – at least not in a genuine and helpful way.

Chinese bureaucrats can jiggle and jive the numbers for employment, GDP, and inflation. But there is one number they can't 'spin' and it continues to raise a giant red flag: killowatt-house consumed.

The number of kilowatt-hours consumed in China is just a number. But it's a number that is not computed, not seasonally adjusted, not tortured by statisticians nor tormented by economists.

It is just a number.

Now news comes that both June and July's numbers reveal yet another decline in consumption.

If China were really growing at 8% per year, how come its electricity consumption is going down?

Here's another disturbing question for you. China’s exports for July were down 22% from the year before.

How can an export led economy grow when its exports are collapsing? The answer, of course, is they aren't selling at all. Besides... who the hell would be doing the buying?

The Richebächer Letter’s Rob Parenteau has another disturbing item about China. “China needs at least 9% growth to soak up the 24 million new Chinese workers who come of age each year – something even the Chinese Premier doesn’t like to mention.”

Even if you accept the 'official' 8% growth (and trust me, the real numbers are lower), it means unemployment in China is rising. Combine that with the fact exports and energy consumption are down and you have no rational reason for the Chinese stock market to be rocketing.

Except for all the mis-directed stimulus money being pumped into it.

It's the classic bubble.

And since much of our stock market is rocketing because China is supposedly going to lead us out of recession... well, you get the picture.

Email ThisBlogThis!Share to TwitterShare to FacebookShare to Pinterest
Labels: China