The Oracle of Omaha sounds the inflation warning bell again 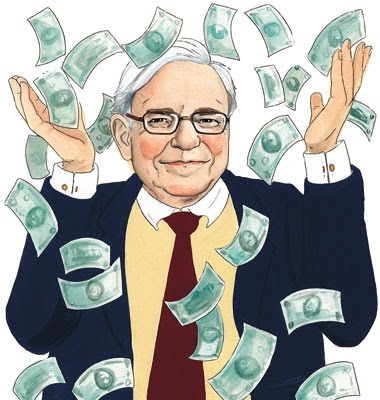 Seems I wasn't the only one engaging in a little inflation talk yesterday.

In an op-ed piece for the New York Times, the famous investor Warren Buffett was also sounding another alarm on the topic.

Sensing, as I do, that the US Federal Reserve should be moving now to remove it's stimulus money, Buffett let his thoughts be known by saying that the U.S. must address the massive amounts of “monetary medicine” that have been pumped into the financial system and now pose threats to the world’s largest economy and its currency.

The “gusher of federal money” has rescued the financial system and the U.S. economy is now on a slow path to recovery, Buffett wrote. While he applauds measures adopted by the Federal Reserve and officials from the Bush and Obama administrations, Buffett says the U.S. is fiscally in “uncharted territory.”

Indeed it is. But what does Buffett see as the danger to getting a handle on things?

Elected officials who won't make the difficult choices they need to, of course.

"Legislators will correctly perceive that either raising taxes or cutting expenditures will threaten their re-election. To avoid this fate, they can opt for high rates of inflation, which never require a recorded vote and cannot be attributed to a specific action that any elected official takes," said Buffett.

But isn't that what everyone has been saying? That the stimulus money won't be withdrawn quickly enough because of the pain it will cause the economy?

Please read disclaimer at bottom of blog.
Posted by Whisperer at 12:20 AM