Prechter: Next Wave Down Will Be Bigger 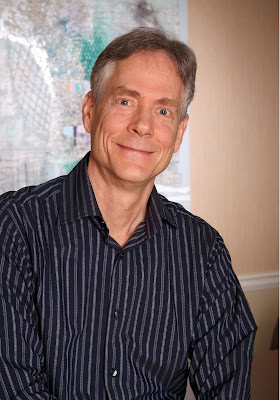 Robert Prechter is a longtime technical analyst who forecast the 1987 stock market crash and authored a book in 2002 ("Conquer the Crash") in which he warned of the dangers of a U.S. debt bubble and deflationary depression.

In late February, Prechter said "cover your shorts," and predicted a sharp rally that would take the S&P into the 1000 to 1100 range.

With that prediction having come to pass, Prechter is now saying investors should "step aside" from long positions, and speculators should "start looking at the short side."

"The big question is whether the rally is over," Prechter says, suggesting "countertrend moves can be tricky" to predict. But the veteran market watcher is "quite sure the next wave down is going to be larger than what we've already experienced," and take major averages well below their March 2009 lows.

That's right, Prechter is one of those who believes the late 2007- early 2009 market crash was just a warm-up to what Prechter believes will be the bear market's main attraction. In this regard, he says the current cycle will echo past post-bubble periods such as America in the 1930s and England in the 1720s, after the bursting of the South Sea bubble.

Prechter calls the 2000 market peak market a "major trend change" for the market from a very long-term cycle perspective, and the downside is going to continue to be painful well into the next decade. "The extreme overvaluation, the manic buying and bubbles in the late 1990s [and] mid-2000s are for the history books - they're very large," he says. "The bear market is going to have balance that out with some sort of significant retrenchment."

His recent thoughts on video...

Canadian personal bankruptcies soared by 54.3% in June according to the Office of the Superintendent of Bankruptcy Canada.

An earlier report released by Toronto Dominion Economics in May suggested that as many as 160,000 people will walk away from their bills in 2009 and 2010 because of high unemployment and debt.

"Unemployment and heightened household debt will drive a substantial increase in consumer insolvencies over the next two years," Craig Alexander, TD's deputy chief economist, said in the report.

Businesses, however, weren't hit as hard as consumers. In June business bankruptcies were up 10.8% year-over-year.

Alexander warned that even if business conditions improve, it may not help the individual bankruptcy situation, as consumers are still carrying a greater debt load and run a greater risk of falling prey to insolvency.

The fact of the matter is that the spectre of rising interest rates remains a massive ticking time bomb for individual Canadians.

If, heaven help us, the market crashes in tandem with a loss of confidence in US debt (triggering spikes in interest rates), the sonic boom against real estate will be profound.

Please read disclaimer at bottom of blog.
Posted by Whisperer at 12:19 AM